Up-coding and heterogeneity in hospitals’ response: A Natural Experiment

Short link to this article : https://bit.ly/2snBehG 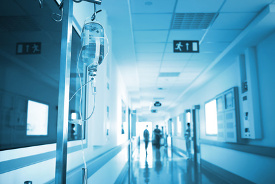 Since 2004, French hospitals, both public and private, have been subject to Tarification à l’Activité (T2A, Activity-based costing) which has spread to 100% coverage in 2008. This mode of costing has been generally adopted by all developed countries, with differing degrees of rigidity. The aim is to get health institutions to spend less while offering the same quality of care. A payment at cost (1) reimburses but creates no incentive to reduce expenditure. The advantage of a flat-rate payment is that it creates an incentive to reduce costs. The hospital knows the amount of its reimbursement regardless of the amount of its costs. At the same time, for such a system to work the flat-rate reimbursements offered must be adequate to the hospital’s activity. Overly-generous reimbursements fail to reduce hospital expenses, and conversely, inadequate reimbursements would lead to a drastic reduction in costs and thence to a lowering of standards of care. Moreover, a flat-rate payment also implies a certain homogeneity in the practices reimbursed. If the same payment is proposed for an uncomplicated appendix operation and for open-heart surgery, then health institutions would give up the most costly procedures, leaving patients without adequate care, following which we would face a quite justified outcry from health professionals. On the other hand, basing flat-rate payments on overly-circumscribed pathologies and procedures brings us back to a fee-for-service rate. So, the implementation of a costing policy is not a simple matter. As in neighbouring countries, in France the number of rates considered, that is, the finesse of the classification system, has varied over time. In 2009, a silent upheaval took place: the number of repayment rates, around 800, was multiplied by almost four times to around 2,400. The greatest change was the taking into consideration of the severity of the illness: for the same pathology, the rate rises with the degree of severity of the patient’s state. To be better reimbursed, the hospital thus had an incentive to have the most severely affected patients... or, to appear to be the most severely affected. Here, we approach the heart of the system. Using collected medical information and complex algorithms, each hospital stay is given a code corresponding to a repayment rate. But, what is the effect of the work done before the information revolution? That is the question raised here.

Milcent studies both the practices medical data collection and their sensitivity to variations in reimbursement, and the potential effects of modifying how patients are cared for. In order to evaluate the effect of the classification, coding practices are compared before and after the upheaval in the reimbursement rate classification. The data base has the unique advantage of providing, for the same hospital stay, the codes of the two systems of classifying the reimbursement rates. The author goes back in time virtually, using observed diagnoses and exploratory procedures to compare the coding that would have been used before 2009 and after it. Medicine is a science, but each patient is unique, which makes checking coding systems a complicated matter. Thus, the manipulation of codes for procedures performed, diagnoses made, and comorbidities observed can be assessed. Milcent shows clearly that after 2009, coding practices were changed, resulting in an apparent increase in the severity of cases treated, which led to an increase in payments made to health facilities although their medical practices remained unchanged. Apparently, only the reliability of data collection (big data) is affected by this; there would seem to be no consequences for patients. In fact, however, things are not so simple. The budget of the whole French hospital system is fixed every year by law, after which the budget is divided among the facilities. If all the hospitals modify their coding systems in the same way, then there is a zero-sum game with no ill effects. But this is not the case: the budgetary allocation linked to certain coding components disadvantages small health facilities, which are less quick to optimize their profits. Since these institutions are in the less populous areas, the direct consequence is that the more rural zones are disadvantaged, characterised by a growing scarcity of access to care.

(1) A payment system according to which the regulator reimburses what was spent, regardless of the amount of the expenditure.

Original title of the article : Up-coding and heterogeneity in hospitals’ response: A Natural Experiment