It is possible to avoid the social injustice of environmental taxes 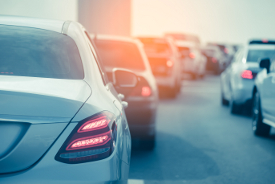 Can we still argue for environmental taxes in a period of low growth, persistent unemployment and increasing inequality? Despite a growing acceptance of the necessity of reducing greenhouse gas emissions in order to fight climate change, governments are often reluctant to introduce such fiscal reforms for fear of strong public opposition. The recent cancellation of the planned increase in the carbon tax in the face of the “yellow vests” movement is a perfect example. Like all indirect taxes, environmental taxes reduce consumers’ purchasing power and a priori affect growth and employment. They are also regressive, penalising poor consumers relatively more than the rich, because polluting goods are often indispensable, such as transport and heating fuels. To be comprehensive, analysis of the effects of environmental taxes on inequality must nevertheless also take into account their impact, through wage levels, on the rates of employment and unemployment. Redistribution of tax revenues created by the introduction of or an increase in environmental taxes could allow a reduction in the existing taxation rates on labour that create significant tax distortions. improvement in economic efficiency that would result is described as the “economic dividend”. This would be added to an “environmental dividend” which is the reduction of polluting emissions that occurs when polluting products and activities are replaced by non-polluting ones. Achieving these two dividends simultaneously brings us to a situation called the “double dividend” in the strong sense, according to Goulder (1). The double dividend is not guaranteed in all circumstances in all countries, but it is more likely where tax distortions are significant, where market imperfections and failures are numerous, and where, for example, the rate of unemployment is high.

Is it possible to reconcile environmental taxes and social justice? Can we develop “green” taxes that, while still reducing polluting behaviours, do not aggravate inequality? In this article, Aubert and Chiroleu-Assouline analyse this question with the aid of a stylised theoretical model of general equilibrium. The heterogeneous households differ only in their level of qualification and therefore by salary. Polluting and non-polluting goods are produced according to a technology that combines qualified and non-qualified work. All the households consume the two types of goods but the poor households spend a greater part of their income on polluting goods. The government funds exogenous public expenditures and unemployment benefits by imposing a tax rate on the consumption of polluting goods and progressive taxes on labour. The risk of unemployment is assumed to appear only for lowly-qualified workers. This article shows that a greening of taxation can achieve a double dividend benefiting the lowest-income households more than the richest, through the redistribution of environmental tax receipts in the form of lighter labour taxes, which reinforces its progressiveness. Calibrating the model for France, the authors show that it is possible to achieve such a result within relatively restrained limits: at least 70% of environmental tax income must be spent on reducing the labour taxes of the least qualified workers in order for green taxation to be progressive, but if more than 80% are allocated to that end, then the environmental dividend will be sacrificed. These figures need to be refined, but they reveal the possibility of fair environmental taxation and at the same time, the importance of analysing the consequences of compensation measures on labour market behaviour.