Home > Economics for everyone > For a wider audience > 5 papers...in 5 minutes ! > May 2019 > Should we tax inheritances according to the age of the deceased?

Should we tax inheritances according to the age of the deceased? 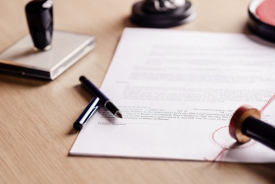 What is a fair tax on inheritances? The article revisits this question, and particularly the optimal taxation of accidental inheritance, focusing on risk over a lifetime and inequalities in longevity among the population. In France, the 2015 mortality tables state that around 10% of men and 6% of women die before the age of 60. One of the consequences of premature death is that the inheritance includes an “accidental” part, which corresponds to the resources that the person would have consumed during retirement had they lived, but which are not consumed because of their early death.

The work shows that an optimal taxation policy depends strongly on which social welfare criterion is chosen as its objective. When the social well-being criterion (the government’s goal) is utilitarian, i.e., when the government seeks to maximise the sum of the levels of well-being for the whole population, the optimal policy is to tax inheritance at a 100% rate. However, when the social welfare criterion is ex-post egalitarian, i.e., when the government seeks to maximise the well-being of the most disadvantaged people once states of nature have been revealed, the optimal policy is to subsidize accidental inheritances, that is, to allow those who die prematurely to leave to their children more than what they would have consumed in the case of a long life. In a way, accidental inheritances allow the prematurely deceased to give more, which can partially compensate them for the damage associated with a shorter life