Home > Economics for everyone > For a wider audience > 5 papers...in 5 minutes ! > November 2016 > Ambiguity Preferences and Portfolio Choices: Evidence from the (...)

Ambiguity Preferences and Portfolio Choices: Evidence from the Field

Short link to this article: http://bit.ly/2gF4rR4 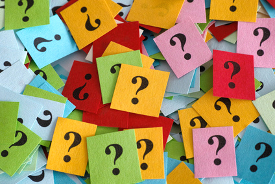 The ways in which individuals make decisions about saving and placement is still largely unexplored by researchers. For their part, banks and insurance companies take an approach more market-oriented, with methods of elaborating scores that indicate, on the basis of observable characteristics (gender, socio-professional category, etc.), which individuals are more disposed to buy certain types of financial product. The economist instead seeks to understand individual choices in terms of the preferences, relatively difficult to observe, of each. One thing seems certain: individuals do not make the choices that the most simple economic theory would predict. Portfolios are, for example, under-diversified, that is, they carry a share of risk that could be reduced without seeing the return decrease (1). These individual choices are complex because they require one to project into the future and to have a clear vision of the uncertainties associated with different kinds of investment. As well, in order to be able to evaluate the choices of someone, we must know their own characteristics in terms of capacity to take financial risks: what are their time horizons? What are their appetites for risk? It was in order to oblige banks to inform themselves of these characteristics that the European MiFID (Markets in Financial Instruments Directive) was adopted. Its objective is to protect individuals by requiring that financial institutions verify first that the former understand the risks they run in buying such and such a financial product, and second that they agree to take such risks.

For their study, M. Bianchi et J-M Tallon assembled a base of original data: thanks to a partnership with a financial company and a polling institute, they were able to match anonymously the insurance portfolios of one thousand people, and their responses to a series of questions, more and less complex, about their appetite for risk. The authors are particularly interested in the notion of ambiguity, where uncertainty cannot easily be described, at least not in a simple probability distribution. M. Bianchi et J-M Tallon bring to light the fact that individuals who present a strong aversion to strong uncertainty called “ambiguous” hold more national securities and are ultimately more exposed to domestic risk, in principle better known. Their portfolios are less diversified that those of people who have a lower aversion to uncertainty and who, in order to escape the ambiguity, are ready to take more risk. In addition, the authors observe that these same individuals (with a strong aversion to uncertainty) tend to maintain a constant exposure to risk over time: they adjust their portfolios by selling securities whose value has grown and reinvesting this added value in safer contracts. They re-balance their portfolios, in this sense, more often that those whose aversion to uncertainty is lower.

(1) The theory of portfolio choice predicts that an investor will never take a risk if he is not remunerated with higher average yield.

………………..Original title of the article: “Ambiguity Preferences and Portfolio Choices: Evidence from the Field”Published in: CES working paper 2014.65 Available at: https://halshs.archives-ouvertes.fr/halshs-01109655/