Home > Economics for everyone > For a wider audience > 5 papers...in 5 minutes ! > November 2017 > Long-term Impact of Job Displacement on Job Quality and Satisfaction: (...)

Long-term Impact of Job Displacement on Job Quality and Satisfaction: Evidence from Germany 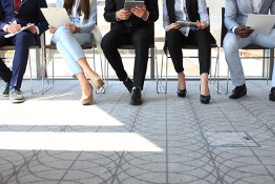 Losing a job is a major shock in a person’s professional career, and while the return to work mitigates some of the negative effects, it does not eliminate them entirely. Since the 1990s, studies of the loss of employment have multiplied, revealing its deleterious effects in the long term on salaries and on health. Most of these studies focus on the fact of having a job and on remuneration. However, the importance of employment does not reside only in pay, and treating it as a multidimensional concept (1) allows us to analyse more comprehensively the costs associated with losing a job. One of the most important questions is whether workers who have lost their jobs tend to find work of a lower quality (in all its dimensions), and if so, whether the impact of that endures.

In this article, Toulemon and Weber-Baghdiguian study the long-term consequences of job loss, specifically following the closure of an establishment, on all indicators of the quality of work found afterwards. The method is based on the creation of a group of workers comparable to those whose firm has closed (the control group), and on a comparison of the changes to each indicator in each of the two groups. Using German data (2) from 1984 to 2012, the authors show that a loss of employment reduces the probability of being hired afterwards, even up to ten years later. They find that the salaries of workers who have been sacked but who find other work later are lower than the salaries of the control group, up to four years after the sacking, and that these workers declare that they have a greater chance of being sacked from their new jobs. All the indicators of the quality of the work environment – working more than 48 hours pre week, distance between home and workplace, and satisfaction with number of hours worked – are also affected in the long term by job loss, with the exception of the probability of working full-time. This negative impact over the long term is also seen in the two subjective measures of well-being: satisfaction at work, and satisfaction with life in general. Thus, the authors note that sacked workers are less happy up until eight years after the loss of their employment and that those who find another job are less satisfied during the seven years following the loss.

(1) The dimensions of quality of employment relate to monetary factors (hourly wages and monthly salaries), the perception of security of job tenure and the quality of the work environment (satisfaction at work, working long hours, distance between work and home, dissatisfaction with hours worked).(2) The German data comes from the German Socio Economic Panel.