Home > Economics for everyone > For a wider audience > 5 papers...in 5 minutes ! > November 2017 > On the existence of pairwise stable weighted networks

On the existence of pairwise stable weighted networks 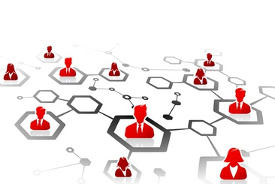 What is the link between Facebook, the labour market, and Florentine weddings in the 15th century? In each of these examples, the notion of network plays a central role. The link can take the form of a “friendly” connection, a commercial agreement, or a commitment to marriage. The theory of networks raises two main questions: why observe a given social network? How is a given network formed? To answer the first question, a predictive notion of network form, referred to as the property of “pairwise stability” is often used. Depending on the agents’ preferences for the different forms of network available, this theory can predict plausible forms of network, compatible with a certain kind of rationality among agents. More precisely, a network is stable pairwise if no agent in the network has an interest in breaking an existing link, and no two agents of any kind have a mutual interest in establishing a new link.

In this article, the authors pose the following theoretical question: what simple hypothesis about agent preferences guarantees the existence of a network that is stable pairwise? They provide a simple answer for the class of “weighted” networks, that is, in which a link is not binary (0 or 1), but a relationship whose strength is measured by a number between 0 and 10. For example, the strength of a link can measure the time, energy and money dedicated to it. The authors show that if agent preferences are continuous (a weak variation in the links does not really change anything for the agents) and quasi-concave (where the growth in utility that comes from an increase in a link is weaker and weaker when the link increases) then there is a pairwise stable weighted network, which reflects a certain degree of rationality among the agents.