Home > Economics for everybody > For a wider audience > 5 papers...in 5 minutes ! > November 2018 > How can anti-competitive behaviour be proscribed?

How can anti-competitive behaviour be proscribed?

Short link to this article: https://bit.ly/2Tr4el6 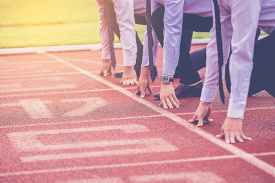 Should an anti-trust authority sanction a dominant firm that charges very low prices and thus harms its competitors? This question is often complicated because a low price can be the sign of anti-competitive predatory behaviour (1) or, on the contrary, a sign that the firm is very efficient. The standard of proof demanded by American anti-trust authorities and judicial bodies in order to sanction such a practice is stricter than the standard required by the European Commission. In the United States, a dominant firm can be condemned for predatory practices only when the plaintiffs can show that the loss of profit due to low prices could have been compensated for by the increase in market power. Such a profit overlap is not demanded in Europe, which facilitates the sanction of anti-competitive practices.

In this theoretical article, Andréea Cosnita and Jean-Philippe Tropéano seek to understand this difference in standards of proof, which concerns most anti-competitive practices. They investigate the role played by the numerous institutional differences between the US and Europe in the implementation of anti-competitive behaviour controls. For example, in the United States, private proceedings that allow firms and even consumers, victims of such practices, to obtain damages, are common. In contrast, in Europe, a public proceeding is almost systematic and a fine is practically the only sanction. The incentives to lodge a complaint are thus much greater in the US than they are in Europe. Cosnita and Tropéano show that the choice of a higher standard of proof in the US is the best answer. A higher standard reduces the probability of success of a private complaint and this in fact reduces the lodging of complaints with the least solid evidence, which can discourage efficient firms from adopting practices that benefit the customer, such as very low prices, because they fear being sanctioned for anti-competitive practices.

(1) A very low price intended to crowd out competitors.