Girls and the sciences: news from the East 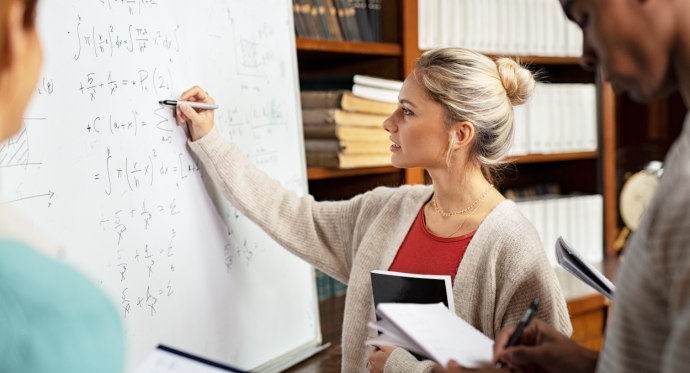 In 2020, the gender wage gap in developing countries is essentially due to two main factors. First, occupational segregation, in particular the underrepresentation of women in maths and science in education and in the labor market, while these fields are important avenues of professional success and high earnings. Second, women’s weaker attachment to paid work: interrupted careers, shorter working hours, and higher demand for time flexibility; traits which reflect different work-life compromises, where the presence of children plays an important role. These factors are sustained by traditional roles and form a cultural equilibrium. But gender cultures can develop differently in different countries.

In a series of articles written with Quentin Lippmann (1) and Naomi Sokuler-Friedmann (2), Claudia Senik shows that institutions established in the socialist bloc have left lasting traces. The priority accorded to science and engineering, on the one hand, and the generalisation of women’s participation in the labour force, on the other, have permanently changed women’s behavior. In Germany for instance, females’ performance and competitiveness in mathematics remain higher in Eastern regions than in Western Lander. This East-West difference is general within the OECD. The cultural heritage of the Soviet Union can also be observed in the behaviour of descendants of Russian immigrants in Israel. Following the opening of the “prison of the people’” in 1990, around one million people left the former USSR for Israel, which had a population of about 4.5 million at the time. Claudia Senik and Naomi Sokuler-Friedman studied an entire cohort of women, from middle school up to higher education and the labor market. Among these women, born in 1988-89, 15% were born in the former Soviet Union (and immigrated as babies), 4% in other countries, and the rest are Israeli natives. The authors observe two kinds of cultural transmission of the Soviet-style gender norms. First, intergenerational vertical transmission: FSU young women are over-represented in STEM study fields in secondary and tertiary education; they avoid tertiary study fields leading to female-dominated “pink-collar occupations”, such as education and social work; they exhibit stronger labor force attachment (longer working hours and higher earnings). Second, horizontal diffusion from FSU immigrants to native Israeli girls. The higher their early exposure to FSU immigrants in middle school, the more likely are native Israeli women to choose STEM study fields and to avoid pink-collar study fields.

But these peer effects have unequal strength. The greater the proportion of Soviet migrants in their school, the more native Israeli girls are influenced by the Soviet gender script, but the reverse is not true. Russian immigrants are not influenced by the composition of their school: whether they constitute 5 % or 50 % of the pupils, they systematically avoid pink-collar study fields. The authors interpret this asymmetry as an indication of the irreversibility of the shift in gender norms: once the stereotype threat that prevented women from choosing STEM has been lifted, there is no going back to traditional beliefs and preferences.

Original title of the articles: Math, Girls, and Socialism From Pink-Collar to Lab Coat: Cultural Persistence and Diffusion of Socialist Gender Norms