Short link for this article: http://bit.ly/1NIOjTQ 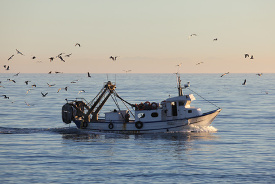 Evaluating the effect of local public policy, such as measuring the effect of Urban Free Zones on local unemployment, is usually carried out via a comparison: we compare the zones that benefit from the policy (treated areas) being assessed with the zones that do not benefit from it. The latter are called control zones. A recurring difficulty is to find control zones that are similar in all ways to the treated zones, in order for the comparison to make sense. In particular, it can come about that unobserved factors such as national shocks in certain goods and services markets have differing influences on the control and treated zones because of their characteristics, especially when the proportion of enterprises intervening in those markets is not the same in the two zones. If these unobserved factors are not taken into account then the assessment of the policy will be biased. Two specific approaches, synthetic controls and the estimation of factor models, can take into account the effect of economic conditions that differ between the zones. While these methods have already been applied in order to evaluate the effect of Urban Free Zones on the local labour market (1), they have not yet been used to measure the impact of public policies on the goods markets, such as the fish market, for example.

In this article, Laurent Gobillon and François-Charles Wolff use these two methods in order to measure the effect on the quality of fish caught of the introduction of an alternative fishing technique, subsidised by local associations and adopted by six trawlers at Sables d’Olonne. This technique is the Danish seine, which consists of a fishing boat quite similar to a trawler, manipulated with seine ropes whose movements herd the fish towards the opening of the net. For the trawlers that adopt this system, fuel consumption is lower, time at sea is reduced, and it is expected that the fish caught more often stay alive and are therefore of better quality. At the same time, the composition of the catch can change with the use of this alternative technique and following the choice of new fishing grounds. The empirical estimation is carried out using data aggregated at French fish auctions on the Atlantic seaboard for the period 2009-2012. The results show that the introduction of the Danish seine raises the proportion of high-quality fish in the constant composition of species caught by between 8.3 and 16.0 per cent, depending on the estimation method used. The positive change found in both the synthetic controls and the estimation of factor models thus confirms that the Danish seine leads to an increase in the quality of fish caught.