Short link to this article: http://bit.ly/2e3tRFU 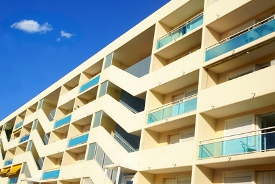 The law of 13 December 2000 relating to Solidarity and Urban renewal (Solidarité et au Renouvellement Urbains, SRU) requires local medium and large local councils to provide 20% of social housing, on pain of being fined. The goal is to encourage them to develop their public housing stock in order to ensure better integration of vulnerable population groups. Indeed, the SRU law should promote the relocation of modest households into better neighbourhoods, inhabited by more comfortably-off households and thereby to allow the former to benefit from a socially mixed local neighbourhood.

In this article, Gobillon and Vignolles seek to assess the effect of the SRU law on the building of social housing, the price of housing and local segregation. They hope thus to contribute to debate about the efficacy of public policy that aims to promotion the socio-spatial integration of disadvantaged populations. This assessment is based on the Filocom databases that provide information about housing stocks for even years between 1996 and 2008, and on notary public records that contain information on transactions for existing housing for the even years between 2000 and 2008. The approach used to identify the effect of the SRU law makes use of discontinuities in the size of the local municipalities and their population size in the regulations that apply. In fact, those affected by the law are only the municipalities of more than 3,500 inhabitants in the rural areas and more than 1,500 in the Ile-de-France region, which are located in population agglomerations of more than 50,000. The strategy for estimation is to compare, in relation to common thresholds, the rate of growth of indicators among the communities affected by the law and those with similar size populations that are not affected (1).

In their preamble, the authors stress that the study only includes a sub-sample of medium-size municipalities and that the external validity of the results for other councils is not guaranteed. Nevertheless, several conclusions emerge. First of all, the SRU law has had a positive effect on the number and the percentage of social housing, but only in those local areas in which the proportion of social housing was low before the law was applied (2). The effect of the law on the price of existing property is negative but weak, which suggests that the municipalities affected have not really seen a drop in demand for housing in the private sector and therefore a drop in their attractiveness. Finally, the SRU law seems to lead to a more scattered development of social housing. The question of the effects of this law on segregation and social mix deserves to be taken further. Indeed, while the authors show that intra-municipality segregation in social housing diminishes following the introduction of the law, nothing guarantees that segregation diminishes within public housing communities. In addition, the authors did not consider the quality of the housing in their analysis, though it is possible that the social housing built in wealthy municipalities is of a high quality, characterised by quite high rents, thus being difficult, even impossible, for the most modest population groups. Finally, it is not clear that the law’s applicability threshold of 20%of social housing is optimal for all municipalities in view of their heterogeneity, especially in terms of capacity to accommodate disadvantaged populations and the impact that new arrivals can have on the local population. A deeper analysis would be required to try to determine the optimal proportion of social housing in a municipality, according to its characteristics, and to try to constitute groups of municipalities with similar features before issuing recommendations for each of them.

(1) In other words, the municipalities not affected by the law are not only those below the size threshold, but also those above this threshold of 50,000 inhabitants. (2) The law had the effect of increasing the rate of growth of the number of social housing units by 10.5 points in the period 2000-2008 in the municipalities concerned that already had a public housing estate. This figure corresponds more or less to half the rate of increase in social housing units of those municipalities that grew by around 18 per cent in the same period.