Home > Economics for everyone > For a wider audience > 5 papers...in 5 minutes ! > October 2016 > Monopoly Power and Endogenous Product Variety: Distortions and (...)

Short link to this article: http://bit.ly/2eYdfNz

This summary is based on the VOXeu column published in September 2016 entitled “The efficiency of entry, monopoly and market deregulation”: http://voxeu.org/article/efficiency-entry-monopoly-and-market-deregulation 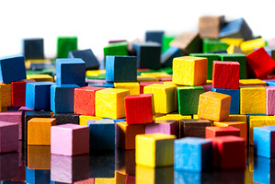 Structural reforms and deregulation as a means of lowering entry barriers and promoting entry are perennial topics for macroeconomic policy around the world both in recent (1) and historical studies (2). In their seminal study, Dixit and Stiglitz (1977) derive an important benchmark neutrality result – when preferences for variety take a specific form (the eponymous form of CES preferences), the market allocation leads to the constrained-optimal amount of producer entry and product variety (3). Several questions naturally arise: when is product creation by a market ‘optimal’? When it is not, what are the distortions and how large are they, measured in terms of welfare? Is deregulation always a good idea? When is markup reduction (or outright elimination) a good idea?

In this paper, Florin Bilbiie, Fabio Ghironi and Marc Melitz revisit these classic issues in a dynamic general equilibrium setting. First, they extend the CES Dixit-Stiglitz model allowing for more general preferences for variety which give rise to a suboptimal equilibrium; therein, distortions can go in either direction, generating either too much or too little entry. The first (‘static’) distortion pertains to the within-period misalignment between the benefit of an extra variety to the consumer, and the profit incentive for an entrant to produce that extra variety. The second (‘dynamic’) distortion is associated with the intertemporal variation of markups (4). An immediate policy implication is that the welfare impact of deregulation or ‘more competition’ fluctuates over the business cycle – along with the consumer’s taste for variety and the firms’ profit incentive for entry. Thus, any policy measure (such as deregulation) that affects the amount of entry in a given period needs to take into account the intertemporal dimension – more entry today is counterproductive if it generates low markups tomorrow and thus leads to an inefficient intertemporal allocation of resources. Bilbiie, Ghironi and Melitz then calibrate their model for the US economy and find that the total welfare cost of inefficient entry and variety is very large at around 2% of consumption. An important determinant of the welfare cost is the degree of market regulation (market entry costs). Long-run deregulation leads to more substitutability among products, lower markups, and a lower static distortion (a lower gap between markup and the benefit of variety). Evidence on entry costs points to large heterogeneity across countries – while it ‘costs’ 8.6 days, or 1% of annual per capita GDP, to start a firm in the US (with similar numbers for Australia, the UK, and Scandinavian countries), the costs are an order of magnitude higher in most continental European countries (at the extreme, a whopping 84.5 days in Spain, and 48% of annual per capita GDP for Greece). According to the authors’ model, this heterogeneity in the degree of entry regulation is a key determinant of the cross-country variation in the inefficiencies pertaining to entry and product creation. The authors study how fiscal policies can restore the socially optimal amount of product variety. They provide an example of a combination of VAT and dividend (or profit) taxes that aligns firms’ entry incentives with consumers’ love for variety, thus correcting for the inefficient intertemporal allocation of resources (due to the misalignment of markups). The article also challenges another common policy prescription: the elimination (or reduction) of markups as a way to increase efficiency. The authors show that monopoly profits should in fact be preserved whenever product variety is endogenously determined by firm entry, for they play a crucial role in generating the welfare-maximizing level of product variety in equilibrium.

(1) e.g. Draghi 2015, IMF 2015, 2016, OECD 2016 (2) Robinson (1933), Lerner (1934), Samuelson (1947) (3) The “Dixit-Stiglitz” label is often used for CES preferences defined over a fixed set of goods in business cycle models with monopolistic competition. The autors view this as a misnomer as those models shut down the key endogenous product variety channel at the heart of the Dixit-Stiglitz contribution. This optimality condition was further developed by Grossman and Helpmann (1991) and others when studying the efficiency of product innovation in an endogenous-growth setting. (4) This last distortion – markup heterogeneity – can also have a static component when producers with heterogeneous productivity face variable elasticities of substitutions. Dhingra and Morrow (2013) focus on the normative implications of this type of distortion in a static framework (5) e.g. Ebell and Haefke 2009 (6) Indeed, an extension of our framework has been used in a widely reported IMF World Economic Outlook chapter (IMF 2016).