Home > Economics for everyone > For a wider audience > 5 papers...in 5 minutes ! > October 2016 > Optimal sharing with an infinite number of commodities in the presence of (...)

Short link to this article: http://bit.ly/2dNY9ON 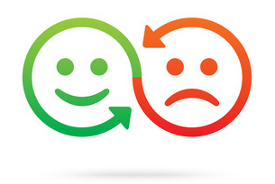 In the existing literature, the study of the sharing of risk essentially gives centre stage to actors known as pessimists. In this context, optimal risk sharing is such that global (macroeconomic) risk is supported by each individual, the degree of which depends on her tolerance for risk. A priori, introducing optimistic agents changes this characteristic. In a betting context, for example, an optimistic agent is ready to take risks in anticipation of a favourable outcome while the pessimist prefers a sure return even if such is lower on average than a random return.

In this theoretical article, Araujo, Bonnisseau, Chateauneuf and Novinski show that under relative flexible conditions, there is an optimal risk-sharing among pessimistic and optimistic economic agents. On the other hand, while several agents are strict optimists, that is to day, strictly prefer a random return over an average one, the authors demonstrate that at best, only one of these optimists can avoid ruin in all possible cases. However, as they illustrate, optimal risk sharing between pessimistic and optimistic agents is no longer valuable when one of the agents is excessively optimistic. This notion is formally defined in the article: an agent is excessively optimistic particularly if she only considers the most favourable case, without taking into account other possibilities. Finally, where there is optimal sharing, the authors analyse the circumstances in which it may be advantageous for a pessimistic agent (1) to share risks with an optimist rather than with a pessimist. The examples used in which all possibility of ruin is excluded suggest that this occurs only in the usual case of aggregated risk, knowing that the presence of an optimist can allow a pessimist to reverse the distribution of her wealth if she wants, while that is impossible in the presence of another pessimist. This work suggests, therefore, that the entry into the market of optimistic agents can prevent optimal sharing in the case of excessive optimism, and lead to ruinous optimal sharing of strictly optimistic agents. In contrast, for a pessimistic agent, sharing risks with an optimistic agent can sometimes end up being more beneficial that the same sharing with another pessimist.

(1) As is traditionally envisaged in the economic literature.………………..Original title of the article: “Optimal sharing with an infinite number of commodities in the presence of optimistic and pessimistic agents”Published in: Economic Theory, Springer Verlag, 2016Available at: https://halshs.archives-ouvertes.fr/halshs-01336882/......................© Topuria Design - Fotolia.com