Home > Economics for everyone > For a wider audience > 5 papers...in 5 minutes ! > October 2016 > Which combination of fiscal and external imbalances to determine the (...)

Which combination of fiscal and external imbalances to determine the long-run dynamics of sovereign bond yields?

Short link to this article: http://bit.ly/2eNb8Qj 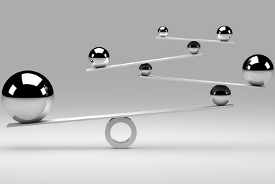 In the aftermath of the crisis, sovereign risk premium differentials have been increasingly widening. Although the perceived risk for core countries of the Euro area remains relatively low, financial markets seem to discriminate among peripheral economies requiring higher risk premium than what is justified by fiscal factors only. This observation opens the way for considering the combination of both internal and external imbalances as a potential explanation of the raise of sovereign bond yields and not only fiscal indiscipline in peripheral countries of the European monetary union. In particular, this paper addresses three related questions. First, what role do fiscal variables play in sovereign yields’ dynamics? Second, how does the net international investment position fill in the observed gap between fiscal variables and sovereign bond yields? Finally, how does the combination of fiscal and external position explain the different behavior of sovereign yields among developed countries? A large empirical literature has addressed the determinants of sovereign bond yields by, on the one hand, focusing on the evolution of national fiscal conditions and, on the other hand, by relaxing the closed-economy assumption. The first type of literature provides heterogeneous findings. For example, Laubach (2009) and Gruber and Kamin (2011) find that fiscal variables have, on average, a significant impact on sovereign bond rates, whereas Codogno et al. (2003) show that public debt plays a role only for Italy and Spain.The second type of literature has introduced non-domestic variables in order to account for financial globalization. For instance, de Grauwe (2010) and Poghosyan (2012) assign the recent uncoupling between fiscal variables and sovereign bond to the over-reaction of financial markets whereas Constantini et al. (2014) include the competitiveness differentials as a long term determinant of sovereign yields.

Our contribution is twofold. First, we take into account the recent episode of the financial crisis to assess the effect of fiscal variables on long-term interest rates. Our model tracks quite closely the pattern of observed movements in the series when we simulate the estimated model over a period including unusual movements on sovereign yields, which literature had difficulties to explain. Second, in addition to the standard determinants in the literature as the debt-to-GDP ratio, external imbalances are introduced as explanatory variables in order to capture the effect of competitiveness deterioration on the rise of country risk. The idea is that a favorable investment position keeps interest rates at a lower level than what is implied by fiscal variables only. Indeed we explore the threshold effects in the link between net foreign assets and public debt on sovereign bond yields, using the Macroeconomic Imbalance Procedure (MIP) of the European Commission as a starting point. We conduct an empirical yearly analysis for OECD countries over the period 1980 to 2014 with a particular focus on Euro area countries. We estimate the joint dynamics of sovereign bond yields and their long-run determinants by using panel econometric techniques. Our empirical results suggest that government bond yields can be determined in the long run not only by domestic factors but also by net foreign assets. Indeed, we find that a net foreign position that is considered highly deteriorated can be a differentiating factor for investors in many advanced economies over the medium term. Whereas core countries seem to have benefitted from a flight-to-quality effect, during the 2008 financial crisis, peripheral countries in the Euro area have suffered from the abrupt revision of market expectations, showing sovereign bond yields on average significantly higher than what is justified by their fiscal deterioration. The relevance of our specification is confirmed by the forecast exercises (in-sample and out-of-sample) conducted after 2007. Indeed, our model succeeds in capturing the sharp increase of sovereign bond yields experimented by the European peripheral countries and reproduces fairly well the trajectory of core economies, as shown in the figure here below.

Policy implications that can be derived from this include that the improvement of international competitiveness might be a valid mechanism to public finances’ sustainability in some countries. The analysis of the determinants of interest rates dynamics is of particular interest regarding fiscal sustainability. Indeed, the simulations performed on the basis of our estimations allow evaluating a benchmark level for long term interest rates. In such a setting, a difference between this benchmark and the observed interest rates could give some quantitative assessment about the risk of a positive interest rate shock.

………………..Original title of the article: “Which combination of fiscal and external imbalances to determine the long-run dynamics of sovereign bond yields?”Published in: Banque de France working paper n°606Available at: https://www.banque-france.fr/en/economics-statistics/research/working-paper-series/document/606.html......................© Coloures-pic - Fotolia.com