Home > Economics for everybody > For a wider audience > 5 papers...in 5 minutes ! > September 2015 > Social Preferences in the online laboratory : A randomized Experiment

Social Preferences in the online laboratory : A randomized Experiment 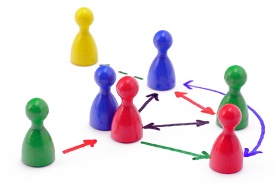 Trust is an essential element in the functioning of a market economy. The German sociologist Georg Simmel said this about it: “Without the general trust that people have in each other, society itself would disintegrate, for very few relationships are based entirely upon what is known with certainty about another person, and very few relationships would endure if trust were not as strong as, or stronger than, rational proof or personal observation” (1). As a result, trust has long been studied by economists. One of the most favoured frameworks for these studies is the “trust game”, in which one person receives 10 one-euro coins and can pass all or part of that sum to another totally unknown individual. Each time that one euro is passed on, it is in fact three euros, not only one euro that the researcher gives to the unknown person. The latter can then decide to send all or part of the amount received (which can total up to 30 euros) back to his generous benefactor. As simple as it is, this game reflects the crucial importance of trust in the functioning of an economy and the complexity of its workings. If trust allows the creation of a net value of 20 euros from the endowment of just 10 euros (a reflection of mutual gain realised in a commercial exchange), this requires that the first person trust the second one and that the second shows himself worthy of that trust, all against the strict self-interest of each, which would dictate the keeping of all that was given. Studies based on this game show that the “social distance” between individuals is a determining factor in the level of trust between them. The exponential growth in electronic trade on the Internet – from on-line auction sites to those which enable remote work, via the emergence of a collaborative economy based on the sharing of resources and knowledge – reinforces the importance of trust. However these exchanges are mainly characterised by a pronounced social distance, even sometimes anonymity. Are these relationships, as we might expect, by their very nature opposed to the establishment of relations of trust?

In order to answer this question, Jérôme Hergueux and Nicolas Jacquemet study the decisions made between players in the trust game, comparing the behaviour of people who interact in a room and on an Internet platform. Surprisingly, they note that those who participate via the Internet – even though they neither see nor know each other – demonstrate more reciprocal trust than their counterparts who participate together in the same room. The former decide to pass back to their benefactors a more significant portion of what they initially receive thanks to that trust (itself more significant). In an era when participation in large-scale digital social networks has become immense, these results suggest that dematerialised interactions via the Internet do not hinder the establishment of relations of trust between individuals. Does this mean that anonymity is longer to be synonymous with social distance?