Home > Economics for everyone > For a wider audience > 5 papers...in 5 minutes ! > September 2018 > Decision under Normative Uncertainty

Short link to this article : https://bit.ly/2Oj6ZVO 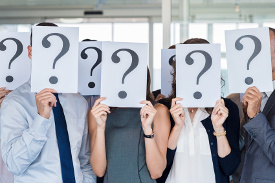 In this paper, Franz Dietrich and Brian Jabarian propose to introduce normative uncertainty into economic decision models. They first address key concerns economists might have about the notion of normative uncertainty. Firstly, might normative uncertainty be reducible to empirical uncertainty, so that economists could continue working with a single type of uncertainty? No doubt, many would suspect this. But a reduction fails, for conceptual and formal reasons. Conceptually, a reduction conflates fundamentally distinct phenomena. Uncertainty about normativity is not uncertainty about empirical features or consequences of options. Uncertainty whether a utilitarian or deontological valuation is correct is fundamentally evaluative uncertainty, compatible with full certainty about empirical features and consequences. Formally, can standard choice theory not already capture normative uncertainty, after suitably re-interpreting standard choice-theoretic models? It cannot. By re-interpreting Savage’s nature states as empirical-normative states, or re-interpreting von-Neumann-Morgenstern’s lotteries as lotteries over empirical-normative outcomes, we change not just the interpretation, but also the formal game itself. Why? If nature states suddenly contain value information, then they anticipate the evaluation of consequences by encoding the utility of each consequence – something compatible with neither ordinary expected-utility theory nor even state-dependent expected-utility theory, as explained in the paper.

Secondly, the authors propose a unified framework to capture decisions under both empirical and normative uncertainty. Within that framework, they first study an evaluation method that is well-known in formal ethics and moral psychology, and consists in taking the expected value of each option, relative to correctness probabilities of competing valuations. But this method overrules our beliefs about the correct risk-attitude: it for instance fails to be risk-averse when we are certain that the correct valuation is risk-averse. Against a common impression, this expected-value method is not risk-neutral, but of hybrid risk attitude: it is neutral to normative risk, not to empirical risk. This leads the authors to define an alternative method, which solves this problem by taking an ‘impartial’ attitude to both normative and empirical risk. The authors further show how to define a fully risk-neutral method, and a method that is neutral to empirical risk, not to normative risk. They compare the various methods based on their formal properties, and conditionally defend the impartial method.

Original title of the article: “Decision under Normative Uncertainty”