Le Monde and the Cercle des Economistes have announced the name of the 2020 laureate of the Best Young Economist of France: Isabelle Mejean (CREST, Ecole Polytechnique, IP Paris). Eric Monnet (EHESS, PSE) is one of the nominees. 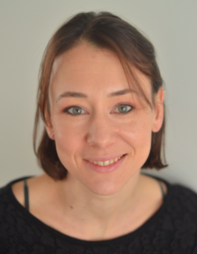 In 2002, Isabelle Mejean joined the ETE master at the University Paris 1 Panthéon-Sorbonne, a program now merged with the APE Master at the Paris School of Economics. She pursued in a PhD programme, under the supervision of Jean-Olivier Hairault (current Director of the PSE), and in December 2006 defended her thesis entitled “International Market Segmentation and Globalization in Open Economies” (Paris 1, PSE).

In 2006, she joined the CEPII as an economist and then the Ecole Polytechnique as an Assistant Professor. After being an economist at the IMF for a year, she obtained her HDR in 2012 under the supervision of Lionel Fontagné (Paris 1, PSE), and then became Associate Professor (2014) and Professor (2017) at Polytechnique. Isabelle Mejean is also affiliate at the CEPR, the CREST and the Institut Politiques Publiques (IPP).

Her research focuses on international trade and macroeconomics. She is particularly interested in the cycles, elasticity and volatility of international trade, but also in the questions of value chains and the location of companies and production centers. Her work has been published in several major international journals: Journal of International Economics, American Economic Review, Econometrica... 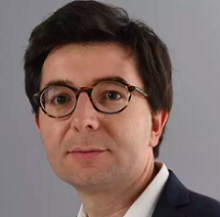 Eric Monnet is a 2007 graduate of the APE Master’s degree labeled by PSE. He has defended his thesis in 2012, also at PSE, under the supervision of Pierre-Cyrille Hautcoeur (PSE, EHESS). For this thesis, entitled “Politique monétaire et politique du crédit en France, 1945-1975”, E. Monnet has received several national and international prizes. He worked for 6 years in the department of cyclical analysis and forecasts of the Bank of France. He is also affiliate at the CEPR. Directeur d’études at the École des Hautes Etudes en Sciences Sociales and Paris School of Economics Professor, he is one of the three nominees of the 2020 Award for the best young economist of France.

His research focuses on topics of economic history and macroeconomics, aimed at better understanding how the evolution of finance, state intervention in credit markets, central banks and the international monetary system have influenced the economies of European countries since the 19th century. Along with Angelo Riva (EBS, PSE), he is currently leading a collective research project - funded by the ANR - on the banking crises of the 1930s and the Great Depression in France, which renews the history of this period and the sources of banking instability. Eric Monnet has published his research in numerous journals on history, economic history and economics. He is the author of Controlling Credit. Central banking and the planned economy in postwar France (1948-1973)(Cambridge University Press, 2018) and Euro, les années critiques (PUF, 2015, dir. with Claudia Sternberg). He is editor-in-chief at La Vie des Idées (Collège de France).