At the 2021 Talents Ceremony, the CNRS Silver Medal was awarded to Jean-François Laslier, Professor at PSE and Director of Research at CNRS. 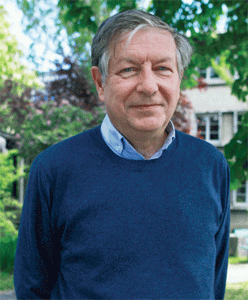 Jean-François Laslier is a graduate of ENSAE and did his thesis under the supervision of Jacques Lesourne at CNAM.

He started his career at the Economic Theory, Modelling and Applications laboratory of the University of Cergy Pontoise. After a two-year stay at the California Institute of Technology, he joined the Economics Laboratory of the École Polytechnique in 1999, which has since become the Centre for Research in Economics and Statistics. Finally, since 2013, he is a member of the Paris Jourdan Sciences Economiques laboratory and the Paris School of Economics.

His research topics are varied and include normative economics, preference aggregation, collective choice, game theory, human behaviour and political science. Drawing on both economic theory and experimental economics, his most recent work contributes to the debate on voting systems and the functioning of democracy.

The CNRS Silver Medal “distinguishes researchers for the originality, quality and importance of their work, recognised at national and international level”. It was awarded to her on 22 November at the 2021 Talent Ceremony: