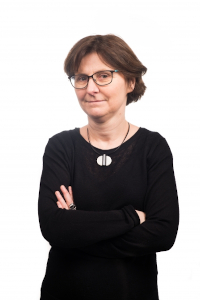 May 2020 - Agnès Bénassy-Quéré is professor at PSE - Paris School of Economics and the University Paris 1 Panthéon-Sorbonne, non-resident fellow at Bruegel, and head of the CEPR European Economic Architecture Research.

She headed the French center for research and expertise on the world economy (CEPII) from 2007 to 2012, and the French Council of Economic Analysis (CAE) from 2012 to 2017. She is also member of the High Council for Financial Stability (HCSF), the General Council of the Banque de France, the National Productivity Council (CNP), the Council of Mandatory Contributions (CPO), the Franco-German Council of Economic Experts, the Cercle des économistes and researcher associated at the CESifo network.

Appointment to the post of chief economist to the Treasury

On June 8, 2020, Agnès Bénassy-Quéré will take up the position of chief economist to the Treasury Directorate General, for a three-year term. Her appointment is made on the order of Prime Minister Édouard Philippe and the minister for the Economy and Finance, Bruno Le Maire.

As she notes, the appointment of a scholar as chief economist to the Treasury’s Directorate General is an important signal:

“It’s the first time that a university academic has been named to this position. That indicates a real will to make Treasury more open to the academic world, to base economic policy decision-making on a wider range of analysis and research.”

A key role in future policy deliberations and decisions

Conscious of the issues at stake, she will integrate this new post with her past activities:

“Given the scale of the current crisis, I feel I have a duty to front up to help the decision makers as much as I am able. At the CAE, I was an independent advisor, outside the administration; at the Treasury, I will be inside the administration, searching the world of scholarship for responses to practical questions; there is a sort of symmetry there with my previous experiences. I am going to put my shoulder to the grindstone in a very concrete manner.”

Thus she underscores the essential role of PSE – and the academic world in general – along with the research they conduct defining and creating economic policy:

“We are in the midst of a deep crisis that is going to call into question several aspects of existing economic policy. PSE, especially, covers a number of fields that will be useful, given its demonstrated depth of analysis and proven empirical results. I will certainly take the liberty of contacting people there to help me to see clearly on certain questions, as I have already started to do.”

Involved from the start in the evaluation of economic policy in order to encourage robust public debate, PSE is delighted by this appointment which makes one of its professors a key actor in economic policy making.