Go to the dedicated page on the publisher’s site

Text from the back cover of the book 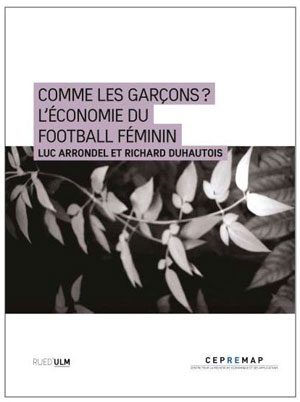 Nothing in the 17 rules of football codified by the International Football Association Board in 1886 and still in force, says that women cannot play it. Yet the history of women’s football is far from having been a long calm river: if it had its glory days after the First World War, it fell back into anonymity until the 1960s before becoming again today. it is the object of much interest.

The World Cup in France in 2019, due to its popular and economic success, was undoubtedly a turning point in the history of this sport. The event came out of the sporting framework by causing various controversies, in particular that of income inequalities between female footballers.

But in France as elsewhere, while the national selections seem to have found their audience, the best clubs rarely excite the crowds: financially, compared to its male counterpart, women’s football remains a very small “affair”.

This book provides analytical tools to better understand the economy of women’s football and consider its development.