Home > News > G. Demange - How do we resolve the defects of a financial system?

G. Demange - How do we resolve the defects of a financial system? 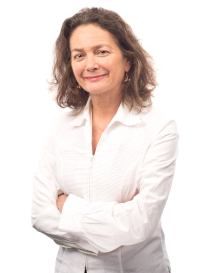 How can we avoid serial bankruptcies in the financial system and their spread to other sectors? There have long been regulations that aim to control how banks receive deposits - the Basel Accords are an example. Following the crisis of 2008 created by the financial products called “derivatives”, new regulations were introduced (1) that aimed to register all transactions by all financial institutions and to centralise those data in “clearing houses” whose role is to ensure the security of transactions between buyers and sellers.

Although an assessment of the effectiveness of these new rules is still premature, some questions arise: have the clearing houses become systemic actors and if yes, how should they be regulated? After Brexit, what will become of the clearing houses approved by the EU, given that a great number of them are based in the UK? How can we analyse all the new data that they are collecting? How should we intervene in stress periods in order to prevent contagion? These questions are addressed in the project “Financial Infrastructure: Risks and Regulation” (2). An initial study investigates the nature of the competition between EU clearing houses and their interactions with principal “dealers” - or intermediaries (3). Here, we develop two articles “Resolution rules in a system of financially linked firms” and “On the resolution of cross-liabilities” (4, 5).

THE RISKS INHERENT IN A SYSTEM OF FINANCIALLY LINKED INSTITUTIONS In these articles, we study the simultaneous resolution of “intertwined” debts when the institutions are both creditors and debtors at the same time. Keep in mind that bankruptcy codes relate to the resolution of a single-entity debtor. In the case of a system, the reimbursement capacities of institutions that have commitments to one another are tightly linked, which can generate conflicting demands in periods of stress, especially where a person or an institution is no longer capable of repaying its debts to the others. Thus the aim is to avoid disorderly behaviour and discretionary settlements (6). This is the purpose of a resolution rule. When an analysis is carried out in a customised framework, much simpler than the complex relationships revealed during the Lehman Brothers collapse, for example, it brings to light certain potentially useful principles.

DEFINING ADEQUATE RESOLUTION RULES A resolution rule specifies the reimbursements in a system for a whole series of possible scenarios, like an electoral regulation that prescribes the outcome of a vote for a large number of electoral results. Here, a scenario specifies the data such as the amounts due to, and demanded by, each institution in the system, as well as their debts to agents outside the system, such as bank deposits. The first aim of the resolution is precisely to avoid default on those external debts.

The prospective study uses an approach developed by social choice theory, which compares and defines voting regulations. In the first place, it involves defining the properties that a rule should satisfy. Two crucial properties are noted: the first, monotony, supposes that an improvement in the assets of one institution does no harm to any other institution. The second, the ideal of proportionality, supposes that the reimbursements will be proportional to the debts unless they would result in defaults on external creditors, the depositors.

PROSPECTS FOR RESOLUTION ACCORDING TO THE POSITIONS OF THE INSTITUTIONS Our research brings to light a general principle: a rule that has these desired properties is based on some indicators, two for each institution, one defines its capacity to repay debts, the other, its potential need to be bailed out. These indicators are decided collectively, reflecting the systemic aspect, and imply that the repayments must be differentiated according to the health of the creditors. Such a differentiation systematises the practices sometimes seen during the renegotiation of sovereign debts, practices that can be fruitless and tainted by arbitrariness. Different rules are created according to the information available to the regulator, for example, about bilateral debts or the willingness to practice the netting of positions.

This work, fragmented and schematic, is guided by a specific concern: to understand better how to improve the stability of the financial system. A resolution rule seeks to prevent chain disruptions and their export to non-financial sectors. In addition, the nature of the competition among clearing houses - in particular, their differentiation and the effects of race to the bottom - influence their stability, which is what motivated our investigation.

References: (1) The Dodd-Frank Wall Street Reform and Consumer Protection Act (2010) in the US and the EMIR (European Market Infrastructure Regulation) (2012) in the EU. (2) Project funded by the ANR: https://anr.fr/Project-ANR-18-CE26-0015 (3) Gabrielle Demange and Thibaut Piquard, On the market structure of central counterparties in the EU, hal-03107812. (4) Gabrielle Demange, Resolution rules in a system of financially linked firms, 2020, hal-02502413. (5) Gabrielle Demange, On the resolution of cross-liabilities, 2021, forthcoming. (6) For example, the Federal Reserve Bank of New York demanded a “hot” resolution from a consortium of ten banks in order to save the LTCM hedge fund firm from bankruptcy in 1998.