By Jérôme Bourdieu, PSE Professor and Research Director at INRAE. 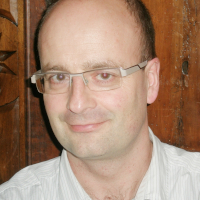 Constructing chronologies of historical events, defining time-periods in which they took place, with their ruptures and crises, identifying lasting patterns, internally distinct and coherent, and interacting according to the logic of their succession, are all tasks essential to the historian’s profession. And these questions are crucial for anyone studying changes in economic wealth over the long durée. In reality though, defining historical periods leads to a sort of contradictory requirement, which we present here, that consists one the one hand, of wanting to submit historical change to a specific and thus ahistorical analysis, and on the other hand, of trying to identify periods, possibly consecutive and interdependent, yet autonomous and having their own logic and thus, in fact at least partly incomparable.

PERIODISATION AS A WAY OF STRUCTURING HISTORY One way to approach this task is to envisage the timespan of an economic process within a set of historical timespans. In the case of the accumulation of wealth from the industrial revolution up to the beginning of the post-war welfare state, it is a matter of establishing a link between the trajectories of individual inheritances and their distribution, and other characteristics of an economy, such as salary levels and profits, investment, factor productivity, and so on. Periodisation can play a role in distinguishing phases of this process and identifying its boundary limits. We can think in terms of economic cycles of differing magnitudes, defining a number of periods separated by historic ruptures, the most obvious of are crises, wars or marked institutional change (thus, 1848, 1914-18, 1929 and 1939-45 are reference points that cannot be ignored).

This perspective allows, even assumes, that there is something that is essentially constant and homogenous enough that we can refer to economic wealth in the same terms over time. In addition to the analytical interest in an approach that uses universal economic variables in a common conceptual framework, this approach has the advantage of referencing an almost immediate empirical counterpart: we can then evaluate the economic wealth of individuals because we have access to exceptional tax sources that assess individual wealth at time of death - which is the only source available for observing economic wealth, even if comes at the price of significant observer bias.

WEALTH AND MEASURING WEALTH This view, though common, is based on a concept of economic wealth that raises some complex questions: what sense should we give to economic wealth considered as a homogenous and constant phenomenon over such a long period? Can we really compare the economic wealth of an individual in 1840 with another in 1920? It is certainly possible to compare the economic values of the goods owned by two people at two points in time by assuming that they correspond to an estimate of what the goods would sell for. But can we thus capture what an economist would hope to observe of wealth, just by knowing its market value?

To believe that we can is a bit like claiming that we know everything about lead and feathers because we know their respective weights. In reality, when we examine the value of the wealth of a peasant in the Languedoc in the mid-19th century and that of a worker in the north-east of France in the post-war period, we are comparing much more than figures: we believe, in fact, that we can read behind them something about the quality of life and even the well-being of those individuals. And when, by some doubt not made explicit, we claim to compare only the positions in a distribution of amounts of wealth, we are implicitly doing just that.

To take the idea of periodisation seriously is to envisage the possibility of a break with a double perspective bias: the first is to admit that there is in reality something uniform and constant that we call economic wealth. The second admits that the market value of this wealth is not but one way among others to measure wealth, but that it constitutes wealth itself. So, to define wealth by its market value is to consider that for an individual, the value of her wealth is the same as its sale value, which is in one sense contradictory, because she has not sold it and for that very reason, we are able to observe it. Moreover, the study of the origins of individual wealth reveals that a not insignificant part of what an individual owns at the time of her death was inherited and thus has remained untouched, so to speak, all her life.

PUTTING ECONOMIC WEALTH INTO HISTORICAL CONTEXT To reduce economic wealth to its market value is to risk confusing sales value with purchasing power and above all to neglect all other reasons for holding economic wealth: as a purchasing power reserve, as insurance, as a guarantee, as a right to use certain other goods, as a source of economic decision-making power, or as a source of social status. All these properties are inscribed in different ways in the elements that make up wealth and they disappear in a simple aggregation of their monetary value. What also disappears is the space for alternatives uses – owning a home, holding an equivalent amount in shares, and so on.

These alternative uses are inscribed in spaces of possibility and in historical contexts that are crucial to understanding their function and role. In a society in which, in order to exercise one’s economic activity, one must be the owner of one’s tools of productions, where access to capital occurs through the family, where in order to form a family, one must bring a dowry to the union, or where, legally speaking, women are minors, the role of economic wealth is not the same as in a society where wage labour and wage democracy are predominant, along with social insurance, free and compulsory education and retirement at 60.

Thus, it seems that those who hold economic wealth do not share the same economic and political interests across different contexts. The same is true for those who have no wealth: what defines the relationship to wealth in this case is, above all, the resources socially accessible to those who have none. Without defining economic wealth as part of a total sum of social means that, historically, give individuals access to resources – which demands a periodisation of economic phenomena – we will be lulled into the illusion of the constant nominal.