Discover this new book, published last January (Editions Les presses de SciencesPo) by Lionel Fontagné, an advisor to the Directorate for Economic Affairs and International Cooperation at the Bank of France, a Chair Professor at the PSE and Professor at the Université Paris I Panthéon-Sorbonne (on leave). 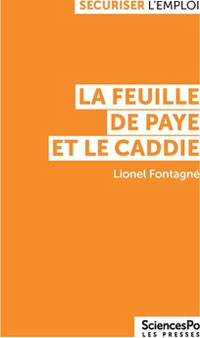 The author Professor Lionel Fontagné is an advisor to the Directorate for Economic Affairs and International Cooperation at the Bank of France, a full Professor of economics (on leave) at the Paris School of Economics, Université Paris I Panthéon-Sorbonne. He has been the Director of the Centre d’Etudes Prospectives et d’Informations Internationales (CEPII, Paris) from 2000 to 2006. He is also a scientific advisor to CEPII and a CESifo Research Fellow (Munich). He has been a member of the Conseil d’Analyse Economique (Council of Economic Analysis to the French Prime Minister) from 2001 to 2010 and 2012 to 2016. He served as Director of the Centre d’Economie de la Sorbonne (UMR 8174 CNRS) from 2014 to 2018. He also served as a Part-time Professor at the European University Institute (Florence) and at the Free University of Brussels, as a Professor at the University of Nantes, as well as a consultant for the Bank of France, for the International Trade Center (UNCTAD-WTO, Geneva), for the OECD Development Centre, for the OECD Directorate for Science Technology and Industry, for the World Bank, for the Ministry of Finance of the Luxembourg, and for the French Ministry of Finance. He has written numerous studies on international trade and integration issues. In 1999, Open Economies Review recognized Prof. Fontagné for his joint-contribution to the debate on the endogenous symmetry of shocks in monetary unions. In 2008, he was awarded an Emerald Management Reviews Citation of Excellence for his contribution to the understanding of the economic impact of the competition of emerging countries. In 2007 and in 2018 as well, he was awarded the Research Fellowship of GTAP (Global Trade Analysis Project, Purdue University).