Lecture by Richard Baldwin: “Globotics and macroeconomics: Globalisation and automation of the service sector” | March 23

The International Macroeconomics Chair has the pleasure to invite you to a lecture given by Richard Baldwin (Graduate Institute, Geneva) on March 23, 2023. The lecture will be held in the auditorium of Paris School of Economics and will be broadcast online (Zoom).

Globotics and macroeconomics: Globalisation and automation of the service sector

Globalisation affects the functioning of the euro area macroeconomy. The macroeconomy’s functioning, in turn, conditions the conduct and impact of monetary policy. This is why globalisation matters for central banks. It is also why central bankers should pay attention to the evolution of globalisation. And evolve it has. This paper argues that the future of trade is in services – especially trade in intermediate services. Barriers are radically higher and falling radically faster for services versus goods, and, unlike farm and factory goods, there is no capacity constraint when it comes to intermediate services exports from emerging markets. The paper argues that undertaking the sort of analysis for services trade that was done in the 2000s on globalisation’s impact on, say, HICP inflation will require a substantial upgrading of the data available. 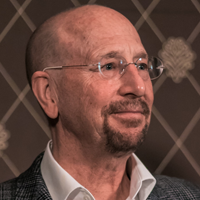 Richard Baldwin is Professor of International Economics at the Graduate Institute, Geneva, Founder and Editor-in-Chief of the policy portal VoxEU.org. He regularly advises governments and international organisations on globalisation and trade policy issues. In 1990-91 he served as a Senior Staff Economist for President George Bush’s Council of Economic Advisors, having completed his PhD in economics at MIT with Paul Krugman (with whom he has published a half dozen articles). His latest book, The Globotics Upheaval: Globalization, Robotics and the Future of Work, was published in February 2019.