Marc Fleurbaey, currently professor at the Woodrow Wilson School of Public and International Affairs (Princeton University) joins the Paris School of Economics] as research director at the CNRS, starting on July 1st 2020. 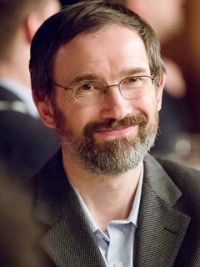 A specialist in the economics of welfare and social choice, Professor Fleurbaey is the author of numerous influential articles and essays on these subjects. In his more applied work, he has contributed specially to thinking about indicators of standards of living and well-being. For example, since 2014, he has chaired the International Panel on Social Progress, he is a member of the UN Committee for Development Policy and he has been a special advisor to both the World Bank and the OECD. He is also interested in the question of climate change and the equity problems that it creates.

He is the author of, inter alia: Théories économiques de la justice (Paris: Economica, 1996), A Theory of Fairness and Social Welfare (Cambridge University Press, 2011), and Beyond GDP. Measuring Welfare and Assessing Sustainability (Oxford University Press, 2013). His work has been published in the world’s leading journals of economics and the environment.

After joining the École Nationale de la Statistique et de l’Administration Economique in 1986, Marc Fleurbaey then completed a Master’s in philosophy at the University of Paris X, and in 1994, defended his thesis in Paris in the economics PhD programme at the École des Hautes Études en Sciences Sociales. He has held a variety of posts, at INSEE and the universities of Cergy-Pontoise, Pau, and Paris Descartes; since July 2011, he has been a professor at Princeton University.

With his arrival, PSE will continue to pursue its goal of openness towards other disciplines, through developing theoretical and applied research in ethics, in liaison with philosophers.