Roger Guesnerie, professor at the Collège de France and president of PSE since its creation in December 2006, has left office. Jean-Pierre Danthine, former vice-president of the Swiss National Bank, replaces him at the head of the institution on 3 September 2015.

Roger Guesnerie, from the Delta to PSE presidency 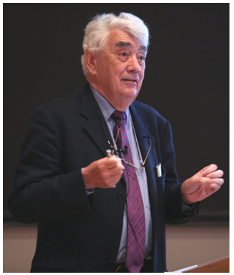 CNRS Research Director and EHESS Director of Studies, and then professor at the Collège de France, Roger Guesnerie – also formerly president of two well-known international academic societies, the Econometric Society and the European Economic Association – is recognized for his exceptional contribution to Economics. In France, he helped to strengthen the position of the discipline on the academic landscape. At first interested in Public Economics in a broad sense (taxation, cost-benefit analysis, equilibrium, contracts and incentives), he later undertook a critical assessment of the rational expectations hypothesis and more recently, investigated the economics of climate change. He has taught at the EHESS from 1978 and in many other prestigious institutions both in France and abroad (Polytechnique, LSE, Harvard). In parallel, he played a key role in the structuring of the “Jourdan hub”, which prefigured the future Paris School of Economics. Notably, he co-founded Delta along with François Bourguignon in 1988 and headed it from 1991 to 2000; prior to that, from 1981 to 1988, he was the first director of the APE doctoral programme. In 2000, he launched the chair in Economic Theory and Social Organization at the Collège de France and became the first president of PSE when it was created in 2006. During his nine-year mandate, Thomas Piketty, François Bourguignon and Pierre-Yves Geoffard succeeded each other as directors of the foundation. These tandems enabled the rise of PSE on the international scientific scene, the formalizing of dozen of partnerships, the creation of high-level teaching programmes, the blooming of the Labex programme “Opening Economics”, the Institut des politiques publiques and the Equipex D-FIH, and also the construction of the Jourdan 2016 building. In these ways and more, Roger Guesnerie has made a great contribution to transforming an innovative and pioneering project into a major scientific achievement. As Honorary President, he remains an active member of the PSE community.> visit the personal webpage of Roger Guesnerie

A new president at the head of PSE 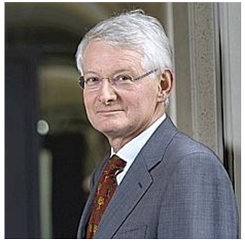 During most of his career (1980-2009), Jean-Pierre Danthine was a teacher and researcher in the Faculty of Business and Economics (HEC) at Lausanne University, of which he was also vice-rector from 1987 to 1991. After studying at Louvain in Belgium and at Carnegie-Mellon University (Ph.D. 1976), he taught for some years at Columbia University before moving to Switzerland, although always keeping one foot in North America via many academic visits to Columbia, the University of Southern California and New York City College. From 1996, he headed FAME (1) in Geneva, and from 2005 to 2009 the Swiss Finance Institute (2), a private foundation that “supports and advances research, doctoral training and executive education in banking and finance”. He was also a fellow of the CEPR – and a member of its board of trustees – and of the European Economic Association. Within these entities and through his prolific research, Jean-Pierre Danthine developed great expertise and an international reputation in banking and finance macroeconomics. In mid-2010, he left the SFI to join the Executive Board of the Swiss National Bank, before becoming its vice-president from 2012 to the summer of 2015. In this same period, he managed the second department, in charge of financial stability, notes and coins, as well as finance and risks. A renowned economist and experienced leader in an international environment, Jean-Pierre Danthine was elected unanimously by the members of the PSE Board of Directors to become the new president of this young institution, which must now acquire the resources needed to consolidate its position among the world’s best economic research centres.(1) International Center for Financial Asset Management and Engineering(2) A merger of FAME,and the Stiftung Banking and Finance> visit the personal webpage of Jean-Pierre Danthine