The OSE Initiative is the realisation of PSE’s long-held ambition to open up economics – from the inside by deepening its central paradigm and from the outside by exploring its frontiers and connections with other disciplines.

The OSE Initiative is interdisciplinary and involves a variety of projects whose special strength is putting PSE researchers together with researchers from other disciplines in order to address and renew a specific problem.

Holders : Nicolas Jacquemet and Jean-Marc Tallon. Presentation: In line with the expansion of the study of economic behavior beyond the logic of homo oeconomicus alone, according to the research program known as behavioral economics, based in particular on work in psychology, the time has come to also add cognitive and neurobiologists to PSE to understand the complexity and constraints of the human brain that shape economic behavior and decisions. The following are then at the center of phenomena that are nowadays often peripheral to economic analysis: memory, emotions, perception, learning, (in)attention. This project is part of the continuation of the collaborative project “Behavioural approaches to strategic and social interactions” by extending it more broadly to cognitivists and neurobiologists. Go to the dedicated webpage

Holder : Camille Hémet. Presentation: The study of urban issues has been booming over the last 10 years, and the frontier of knowledge is being pushed forward at an increasing speed, particularly due to the exploitation of new sources of geolocalized data and associated methods. Two dimensions appear particularly promising to help advance the field: the historical dimension and the societal dimension, and their interaction. These dimensions are at the crossroads of several disciplines, including economics, history, sociology and geography. To see the outlook and the programme of this project, follow this link. Go to the dedicated webpage.

Holders : Lucas Chancel and François Libois. Presentation: Environmental issues such as climate change, loss of biodiversity, soil erosion and pollution constitute systemic risks for our societies, as numerous international studies on these subjects have shown. Faced with these challenges, the social sciences, and economics in particular, have a major role to play in better identifying and measuring vulnerabilities but also opportunities, in order to outline responses adapted to situations of multiple constraints (social, political, geographical or financial). Go to the dedicated webpage

Holders : Marc Fleurbaey and Jean-François Laslier. Presentation: Economics and philosophy interact on several subjects: social justice, collective choice and democracy, rationality of decision. This interaction works in a sometimes very direct form (co-signatures) but more often in the form of mutual inspiration. The major trends in political philosophy inspire the principles of equity introduced in economics and the economic models of decision-making under uncertainty inspire philosophers interested in rationality or inequality. Exchanges take place at the level of theory as well as of applications, particularly with regard to the most current problems of public economics (environment, climate, population). Go to the dedicated webpage 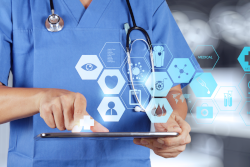 The Center for Economic and Social History François Simiand 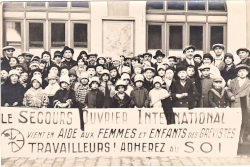