Around two thirds of graduates choose to pursue further studies when they finish their APE Masters – about 65% of them in doctoral programmes mainly in France including PSE, Sciences Po, Dauphine, HEC... and the rest in institutions including Harvard, Oxford, Bocconi, Columbia, UCLA, Princeton, LSE and Yale.

Among those who decide to enter the labour market, one graduate in three goes overseas and in total, half join the private sector (including AXA, Deloitte, McKinsey, Société Générale, Google), and next, the public and semi-public sector (e.g. Banque de France, INSEE, Trésor), and finally international organisations (World Bank, the IMF, the ECB). More than 85% of APE Masters (2013-2018) are hired within three months of having received their degree – a majority even before the end of the academic year.

For five years already, PSE organizes a Job Forum, an opportunity for our students to better seize job opportunities and meet face-to-face with recruiters. Recruiters get the chance to learn more about the PSE students and match their profiles with future hirings.

A glimpse to the events is available here:

The next PSE Job Forum will take place on November 24th, 2022 in the afternoon. Companies that wish to have a stand and meet our students can register here until September 10. More information on the event is available on this link. 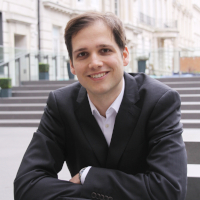 After high school, Fabian did not really know what to study. He was interested in mathematics and developed a strong interest in social issues: after a semester studying law, he realized that this path did not match to his personal professional projects and turned to mathematics at the Ludwig-Maximilians-Universität in Munich. He remained there from 2004 to 2007. In 2005, captivated by the presentations of the Chief Economist of an asset management company in Munich where he was an intern, he decided to become an economist. Read more... 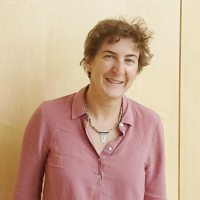 After the French baccalaureate, Malka decided to move towards a scientific path and integrated a preparatory class in Mathematics. However this did not suit her: torn between her appetite for mathematics and literature, she preferred to redirect herself to a Arts and Social Sciences preparatory class (B/L). Malka then joined ENSAE, where she studied sociology & economics, a subject which attracted her more and more. Afterwards she wished to deepen her knowledge in this field and chose a double degree at the Paris School of Economics. Read more... 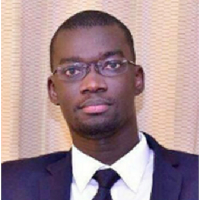 Mouhamadou Sy began his graduate studies with a bachelor’s degree in econometrics before pursuing a master’s degree in quantitative methods at the Université Paris-Est Créteil. Three reasons prompted him to join the École d’économie de Paris: the master’s degree APE – Economic analysis and policy was deemed to be a demanding intellectual training; it is a general program; and finally he sees the opportunity to deepen his knowledge in macroeconomics, a subject he is passionate about. In addition, he is a great admirer of Pr. Daniel Cohen who officiates at PSE. Under his leadership, he defended his thesis entitled “Essays on Monetary Policy and Capital Flows in a Globalized World” in 2013. Read more...