Home > Economics for everybody > Archives > 5 papers...in 5 minutes ! > February 2016 > A Simple Solution to Invalid Inference in the Random Coefficients Logit (...) 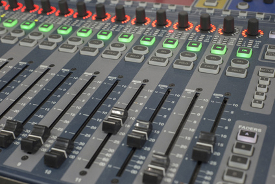 The “random coefficients logit model”, introduced in a seminal paper by Berry, Levinsohn, and Pakes (1995), is widely used by academics and practitioners to model the demand for differentiated products. Its popularity stems from its ability to produce realistic substitution patterns, while only requiring market level data, such as market shares and product characteristics. The model achieves the necessary flexibility by means of random coefficients, which allow for heterogeneous preferences among consumers. Typically the random coefficients are assumed to be normally distributed, leaving a finite number of parameters (means and variances) to be estimated from the data. Given appropriate estimates, the model can then be used to conduct counterfactual analyses, for example to predict the effects of a potential merger or the introduction of a new product. In most cases, it is a priori unknown which product characteristics determine demand or which product characteristics are subject to heterogeneous preferences, and practitioners perform an intermediate step of model selection, whose goal is to find a “good”, parsimonious model specification.

In this theoretical paper, Philipp Ketz shows that the standard approach to model selection used in the literature is invalid. In particular, researchers will tend to find spurious evidence of heterogeneity in preferences. Furthermore, they may also obtain very large standard error estimates and incorrectly attribute them to low informational content of their data. The aforementioned problems are a direct consequence of the parameterization of the model, and a reparameterization is shown to solve these problems (1). In addition, the proposed reparameterization is accompanied by gains in computational efficiency. This is of particular interest in the context of the random coefficients logit model which is known to be computationally difficult.

......................Original title of the article : “A Simple Solution to Invalid Inference in the Random Coefficients Logit Model”Published in : information à venirAvailable at : http://www.parisschoolofeconomics.com/ketz-philipp/RCLM.pdf