Home > Economics for everybody > Archives > 5 papers...in 5 minutes ! > February 2019 > The effect of past enforcement on current cooperation

The effect of past enforcement on current cooperation 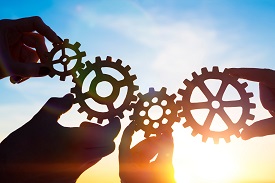 Social dilemmas are situations in which the collectively optimal outcome differs from the outcome arising from decentralized, uncoordinated, individual decisions. This kind of situation typically requires policy interventions aimed at realigning private interests with social incentives. The usual tools to achieve such a goal are control - forcing particular kinds of decisions - and punishment - changing individual benefits, so that collectively optimal decisions become individually rational (for instance fines for smoking in public places or taxes on the use of plastic bags). The prisoner’s dilemma is the workhorse game to represent such social dilemmas: two prisoners are caught and are given the choice between remaining silent (“cooperate”), or denouncing the other’s crimes. Any prisoner who has not been denounced is released, and a bonus is offered to an innocent who denounces the crimes of the other. In this context, both prisoners are better off remaining simultaneously silent (the optimum of the small society made of them both), but are tempted to deviate and be the only one to denounce the other. Since both players face this same incentive, the predicted outcome is that both prisoners choose to denounce. A vast amount of evidence based on laboratory experiments has shown that imposing fines on non-cooperation improves the outcome, and promotes cooperation.