Home > Economics for everybody > Archives > 5 papers...in 5 minutes ! > February 2020 > Do drought episodes in Mali cause mass migrations?

Do drought episodes in Mali cause mass migrations?

Short permalink to this article: https://bit.ly/2vLoAyn 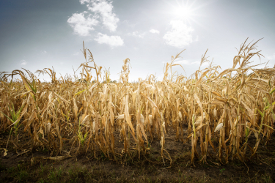 Recurring warnings from IPCC experts about the magnitude of future climate disruption are often accompanied by very alarming messages about the number of climatic or environmental migrants likely to arrive at Europe’s doorstep. While the influence of the climate on human mobility is undeniable and documented throughout history, the number of people who will leave their region of origin on a permanent basis in the coming years because of the direct or indirect effects of climatic disturbances are difficult to estimate accurately. This is reflected in the extremely broad range of estimates of the number of “climatic migrants” by 2050.

In this paper, Esther Delesalle and Flore Gubert combine population census data and climate data to estimate the volume of migrations induced by the drought events that have hit Mali since the late 1980s. Conducting such an analysis is helpful to understand how the climate has influenced the mobility and hence the spatial distribution of the Malian population in the past, in order to better anticipate what could happen in the future. Despite their limitations, censuses pooling allows the computation of several variables of interest including the population growth rate or the net immigration rate for each of the 11,000 Malian localities during the two intercensal periods 1987-1998 and 1998-2009. By combining these variables with data on the monthly values of precipitation and temperature contained in the SPEI index (1), it is then possible to estimate the influence of the frequency of drought episodes recorded at each intercensal period on migratory dynamics at a highly disaggregated scale. The 2009 census also records the number of departures abroad that took place each year between 2004 and 2009 from each Malian locality, and makes it possible to explore the link between drought episodes and international migration. The results show that the droughts that have unevenly affected the regions of Mali have had the effect of accentuating migration from rural to urban areas. This is true for both men and women, regardless of the age group considered. Over the 1998-2009 period, for example, droughts resulted in more departures than arrivals in rural localities, resulting in a net loss of 13,000 working-age rate men and women per year. The effect of drought episodes differs, however, according to the regions and the capacity of rural households to adapt to climatic constraints: it fades in localities characterized by more diversified crops and in those located in the Sudano-Sahelian and Sudano-Guinean zones that receive more rainfall on average. Climate shocks also had an impact on international mobility: over the 2004-2009 period, each additional dry year in the 5 years preceding the recorded migration led to an increase in the out-migration rate of 0.19 percentage points (+ 15.3%). About 2,000 additional departures per year can thus be attributed to the drought episodes that hit Mali during the 2000s: 1,500 to neighboring countries and 500 to France. The increase in the number of migrants as a result of drought is therefore significant, but not massive.

In the coming decades, the expected increase in the number of extreme weather events, as well as the strong growth of the Malian population should contribute to inflate these figures. In 40 years or so, the number of additional departures from rural areas could amount to more than 130,000 per year, or 10 times more than during the decade of 2000. By contrast, departures abroad caused by droughts are expected to remain of limited magnitude, around 10,000 per year. These predictions are of course to be considered with caution given the many assumptions on which they are based, but they temper the very alarmist messages conveyed by the discourse on climate migration.

Original title of the article: Is migration drought-induced in Mali? An empirical analysis using panel data on Malian localities over the 1987-2009 period Published in: Working Paper LEDa DT/2020-01 Available at: https://ideas.repec.org/p/dia/wpaper/dt202001.html