Short link to the article: https://bit.ly/2TpD0L8 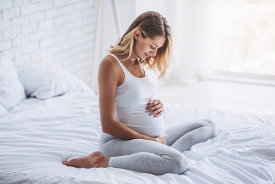 Controlling health expenditure and using it more efficiently is a major issue today. The plan unveiled by President Macron in September 2018 shows this. According to this plan, the lack of money in health establishments – which are on the verge of implosion – is not the major reason for their current state. It stresses the need for the organisational restructuring of hospitals, referring to “organisational handicap”. What if the same were true for certain medical procedures? If, for example, independently of all financial aspects, the organisation of the care of a pregnant woman played a role in the mode of delivery practised?

The rate of Caesarean procedures is the subject of regular debate. Data for the years 2008 to 2014 in the department of Yvelines in France have been used to examine the impact of non-health factors on the resort to caesarean sections. In this study, Carine Milcent and Saad Zbiri show the significance of antenatal preparation in the probability of a caesarean delivery. They show first that participation in ante-natal classes is linked to the socio-economic situation of the patient: the greater the patient’s socio-economic disadvantage, the less likely she is to participate in the classes. They also demonstrate, as have other studies in Europe and the United States, that the socio-economic situation of women affects the probability of a caesarean delivery. The result is thus a direct and indirect relationship: the most disadvantaged women are more likely to give birth via a C-section. Also, the lower attendance at ante-natal classes by the most disadvantaged patients explains why they deliver more often by caesarean. The C-section rate is worrying because delivery by caesarean, when it is not essential, increases the risk of maternal mortality, maternal and neonatal morbidity, and complications in the short and long-term, including for future deliveries. Greater financial cost can also be added to these increased risks The WHO has established the justifiable rate of caesarean deliveries at around 10-15%. This threshold was recommended in 1985 and confirmed again by the WHO in 2015. In France, however, the rate is 21 %.This study shows how an improvement in medical follow-up during pregnancy and better targeting of the most disadvantaged pregnant women increase the quality of care while reducing social security (medical) expenditure. To synthesise, a normal delivery costs the public purse around 2,500 euros; in the case of caesarean delivery, costs are increased by 40%. The additional cost linked to C-sections around the world is assessed at two billion US dollars, without taking into account the pointless mobilisation of medical equipment and personnel. If we dare to make a rough estimation for France, starting from the optimal rate of 12.5% C-sections recommended by the WHO, 8.5% of caesarean deliveries performed could be normal deliveries instead, representing a cost of around 68 million euro to the health budget. By getting women to attend ante-natal classes, the number of caesareans could be lowered by 1.6% (1). And more significantly, among socio-economically disadvantaged women, it would reduce the C-section rate by 2.2% (2) . A better preparation for the pregnant woman, no matter what her socio-economic status, would thus bring France closer to the rate recommended by the WHO for a better quality of care and a simultaneous reduction in public expense linked to avoidable Caesarean sections.

(1) and (2) From the econometric results found in the study « Prenatal care and socioeconomic status: effect on cesarean delivery », C. Milcent and S. Zbiri.