Short link to this article: http://bit.ly/2mMPzlU 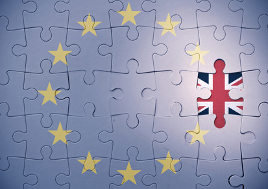 The decision of the UK to leave the European Union has certainly been affected by the perception that the European integration project has been a failure and has not produced significant benefits for the UK. The relevance of the European Union for the performance of the UK economy has been traditionally neglected in the UK. Economic historians have identified a relative decline of the UK economy from 1945 to the 1970s. Such decline was later reversed and the conventional explanation for such reversal has been associated Mrs. Thatcher’s far-reaching structural reforms implemented in mid-1980s.

In this article, Fabrizio Coricelli and Nauro F Campos provide empirical support indicating that the reversal has been crucially affected by the entry of the UK in the European Union in 1973. They base such empirical evidence on an analysis of break points in the dynamics of UK GDP and productivity during the period 1945 to 2008. They use various statistical techniques, among them the most relevant being the Bai-Perron approach that allows finding breaks in the data without pre-specifying the dates of such breaks. The authors find that the most significant breaks occur at the beginning of the 1970s, whereas there is no robust evidence of breaks during the period of main Thatcher’s reforms (mid 1980s). In fact, they argue that Thatcher’s reforms would not have been implemented without the UK accession to the EU. The intuition they offer is that UK’s EU accession signals the pre-eminence of business groups that prefer to compete at the high-tech common European market versus those business groups that favored the comparative advantage driven Commonwealth markets. These pro-Europe business groups later became a key constituency for Mrs. Thatcher’s reforms. Without their support, Fabrizio Coricelli and Nauro F Campos argue, Mrs Thatcher’s reforms would not have been nearly as effective, if at all designed and implemented. Thus, if Britain joined the EU to stop its relative economic decline, it worked. The success of Mrs Thatcher’s reforms required EU membership. These structural reforms were not implemented in a vacuum. They could not have existed without a powerful constituency: the British entrepreneurs who benefited from a larger, deeper and more innovative market place (contrast the EU, on the one hand, with EFTA and the Commonwealth, on the other). These entrepreneurs also realized that to be competitive they would need to tap in deeper capital and labor markets supported by a set of common standards, rules and regulations. In conclusion, the under-estimation of the role of the EU for the performance of the UK economy has been a constant in the economic analysis and political debate in the UK, and Brexit seems coherent with such under-estimation.