Home > Economics for everybody > Archives > 5 papers...in 5 minutes ! > November 2018 > The growth of hypermarkets in China: a precious bridgehead for national (...)

The growth of hypermarkets in China: a precious bridgehead for national brands targeting consumers

Short link to this article: https://bit.ly/2K7k3Jq 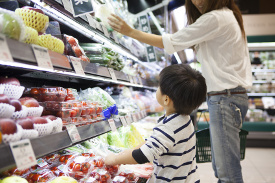 In 2011, China became the biggest market in the world for grocery products, ahead of the United States. Entering the fast-growing and highly profitable Chinese retail market is currently the main goal of most Western producers and retailers. Western hypermarkets only recently made their entry in China, but their development has been very rapid. The number of foreign food shops went from zero in 1995 to 126 in 2000 and then to 2,516 in 2014. How much has this expansion helped the producers in the retailers’ countries of origin in turn to enter the Chinese consumer market? The response is not clear. The foreign retailers based in China mainly offer local products: 90 % and 95 % of the products carried by the Chinese Carrefour and Walmart respectively are made in China, which leaves little place for products coming from the countries of origin of these stores.

In this article, Charlotte Emlinger and Sandra Poncet examine the degree to which the international shopping centres in China can serve as a bridgehead for entry into the Chinese market by exporters from their own countries. They identify the five principal foreign food retailers in China (Auchan, Carrefour, Metro, Tesco and Walmart) and examine data on bilateral sectoral-level imports into 287 Chinese towns between 1997 and 2012. Their results indicate that the presence of a hypermarket chain in a Chinese locale leads to an increase in imports from the producers of retail goods made in chain’s country of origin: thus, the presence of Carrefour and Auchan systematically increases the importation of French products, as the establishment of Tesco increases the importation of English products, et cetera. But how could the expansion of hypermarket activity in China have reduced the trade costs that foreign producers who export to China face and thus have stimulated their exports there? Emlinger and Poncet identify two main mechanisms. First, they observe an increase in sales of imported products by the Western retailers themselves, especially in the agri-food sector. This reflects the close contractual relationship between the hypermarkets and their national suppliers, which is such that they naturally bring with them to their international venture the products of their historical partnership, in their “baggage”, so to speak. Second, the establishment of multinational retailers seems to generate knock-on effects. Trading and information transaction costs for producers looking to export to China are reduced. This study thus shows that hypermarket chains serve as a trampoline for other producers in their countries of origin to enter international markets.

Original title of the article: “With a Little Help from My Friends: Multinational Retailers and China’s Consumer Market Penetration”Published in: Journal of International Economics, May 2018Available at: https://www.sciencedirect.com/science/article/pii/S0022199618300072