Home > Economics for everybody > Archives > “A word from” > Thomas Piketty : « Every human society must justify its inequalities: (...)

Thomas Piketty : « Every human society must justify its inequalities: reasons must be found because, without them, the whole political and social edifice is in danger of collapsing »

These are the opening lines of Thomas Piketty’s latest book, Capital and ideology. Piketty is research director at the EHESS, professor at PSE and co-director of the World Inequality Lab. His previous book, Capital in the 21st century, was published in 2013 and has since been translated into 40 languages and sold more than 2.5 million copies world-wide. On 12 September 2019, Seuil released his new work on inequality, Capital and Ideology (1), which he talks about in this interview with PSE. 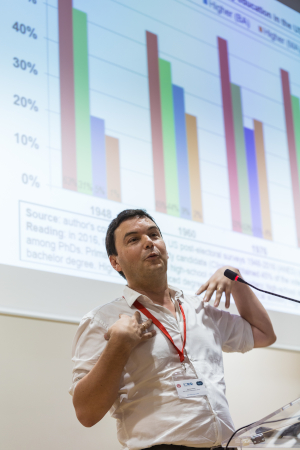