Home > Economics for everyone > For a wider audience > 5 papers...in 5 minutes ! > November 2015 > Voluntary Contributions to a Mutual Insurance Pool

Short link to this article: http://bit.ly/1m3Juij 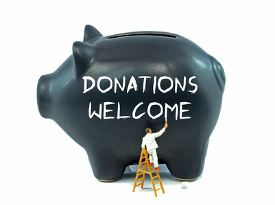 Contractual insurance, non-binding and revocable, does not protect individuals from all the hazards of existence. Mutual aid is thus a substitute for the insurance market, offering an informal insurance, non-binding and implicit, to the members of a group defined by a certain characteristic or an interest in common. Members of the group are free to contribute to the “pool” (1). The resources available to the group as a whole are redistributed among the members according to predefined rules related to their needs and/or their participation. Several examples illustrate the introduction of this informal insurance. Unions use members’ contributions to protect employees against the risk of job loss. Socio-economic actors, at regional, national and international levels, meet in “climate” clubs in order to define and jointly fund policies that reduce the differential negative impacts of climate change suffered by their members. Charity organisations, members of local, religious and national communities express solidarity with the poor, the gravely ill, accident victims and the victims of natural disasters, through direct assistance that complements or adds to insurance measures. These three examples raise the question of the heterogeneity of the participation, free and voluntary, of members of mutual aid groups. Indeed, there is a conflict between insurance motives and incentives to contribute, between the identity of the contributors and of the beneficiaries. Using the examples mentioned again, employees who do not contribute to the unions, and members of the climate club or the communities who contribute little to the pool, can be systematically the principal beneficiaries of the efforts of the most co-operative members who do contribute.

To resolve this conflict, Louis Lévy-Garboua, Claude Montmarquette, Jonathan Vaksmann and Marie-Claire Villeval designed a lab experiment. The subjects receive an equal donation and they are free to contribute or not to a mutualised fund to insure themselves against the risk of losing one third of the donation. The game is repeated 50 times. The coverage of losses suffered by the subjects is co-determined by the sum of voluntary contributions in the period and by a distribution rule, which the authors vary. They compare the effects of two distribution rules: an “equal coverage” that guarantees the same indemnity to all victims, regardless of their contribution, and a “contribution-dependent coverage” that advantages those who contributed the most. When the coverage is equal for all, contributions converge towards zero, the only Nash equilibrium (2) of the game in this case. On the other hand, when coverage depends on contributions, there are several Nash equilibria and the one we actually observe opposes a majority (of around 60 per cent) of high contributors to a significant minority (of around 40 per cent) of low contributors. The authors explain this result by the heterogeneity of individual attitudes to risk. Insofar as a majority of people do not like risk and only a minority tolerate it, these two groups adhere to standards that are a priori very different: equitable contributions and full coverage for the first groups and neither insurance nor contribution for the second. The interaction between these two antagonistic groups leads the participants who are averse to risk to be only partially covered (62.5 per cent) and those who accept risk to be insured a little anyway (21.7 per cent) and thereby benefit from the manna provided by the former. In a risky context like the one of the experiment and numerous real situations, individual attitude to risk seems to take precedence over “social preferences” such as aversion to inequality and conditional co-operation.

(1) The “pool” is a group whose members accept the pooling of total individual contributions in order to insure against a risk. (2) A totality of players’ strategies is a “Nash equilibrium” if no player has an interest in deviating unilaterally from his/her strategy. In the present case, the Nash equilibrium is reached when no player contributes to the pool because no player has an interest in contributing if no-one else contributes.