Home > News > C. Hémet - What effect does urban renewal have on social connections?

C. Hémet - What effect does urban renewal have on social connections? 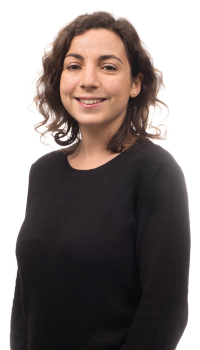 The UN predicts that by 2050, 86.7 % of the population of the richest countries will live in urban areas. This implies that we will live in increasingly densely populated towns, which will increase the number of potential economic and social interactions. The interactions might be positive and have “productive” results (including, for example, exchanges of information that will reduce frictions in the labour market), but they might also be prejudicial to the community (criminal interactions, for example). It is therefore essential to understand what conditions make towns places of social cohesion where people share relationships of trust, common norms and a sense of belonging to a community, not only within social and ethnic groups but also among them.

URBAN SPACE: A POTENTIAL FACTOR OF SOCIAL COHESION The organisation of urban space (including the siting and quality of buildings, transport infrastructure, public parks and the like) plays a role in social interactions and their character, thus influencing social and economic spheres. Some types of equipment and infrastructure can facilitate social interaction, whether that be within social or ethnic groups or among them. The existence of such a link between urban space and social interaction has been shown in urban sociology and architecture research, through case studies (1, 2). As well, transport infrastructures, from autoroutes to public transport networks, can not only increase the frequency of social encounters but also widen the scope of interactions. Indeed, transport networks can link socially disadvantaged zones with richer zones, allowing individuals who are separated socially and spatially to interact. Such infrastructure can also be a vector for interactions beyond residential neighbourhoods, across the town.

However, while the presence of certain services and commodities encourages social interaction, it is not clear that this necessarily creates greater social cohesion. Under certain conditions, regular interaction among individuals from distinct groups can reduce prejudices and thus increase mutual trust, capacity for cooperation and social cohesion (3). On the other hand, if these interactions remain superficial, they can lead to a reinforcement of negative stereotyping among members of various groups, thus impairing social cohesion (4). This is the kind of problem that interests me in my project “Ville et cohésion sociale” (“Social Cohesion and the City”) (5), from an economics perspective.

WHAT EFFECTS DOES URBAN RENEWAL HAVE ON SOCIAL SEGREGATION AND CRIMINALITY?

In a joint work conducted within the framework of this project, Nina Guyon (National University of Singapore), Arnaud Philippe (Bristol University) and I are seeking to understand whether the improvement of local facilities, especially the quality of housing in rundown neighbourhoods, has an effect on social segregation and criminality. We study the Programme National de Rénovation Urbaine (National Programme for Urban Renewal) (6), begun in 2004, in which the French state has invested 47 billion euros with the aim of reducing social segregation and improving the living environment. The programme has funded the demolition or renovation of existing housing stock as well as works to improve the quality of life in the areas (e.g. green spaces and outdoor facilities) in 571 Zones Urbaines Sensibles (Sensitive Urban Zones). The intensity of the programme and the number of towns involved in it allow us to examine the conditions under which a policy of desegregation results in a net reduction in criminality.

To analyse the effects of the programme, we use very precise income tax data along with town-level data on criminality. We show first that the policy has indeed led to a general reduction in residential income segregation in the towns concerned and that this effect grows as the intensity of demolitions increases. Regarding the effects of criminality, our initial results suggest that property crimes (e.g. robberies and break-ins) and damage to public property are reduced in the towns involved. This latter finding could be a direct effect of the renovation, which improves quality of life in the disadvantaged areas, and thus the town more broadly, and will tend to lessen delinquent behaviour (7). More generally, the findings could also be explained by greater social cohesion created by the increase in social diversity, or by the disorganisation of criminal activity created by the works and the relocation of residents. These paths that we are currently exploring should allow us to understand better the underlying mechanisms.

References: (1) Hanson, J. and Hillier, B. (1987). “The architecture of community: Some new proposals on the social consequences of architectural and planning decisions.” Architecture and Behaviour, 3(3):251–273. (2) Legeby, A., Berghauser Pont, M., and Marcus, L. (2015). “Street interaction and social inclusion”. In Suburban Urbanities: Suburbs and the Life of the High Street, chapter 9. UCL Press. (3) This is especially the idea of the “contact hypothesis”, first developed in social psychology by Allport, G. W. (1954). The nature of prejudice. Addison-Wesley. (4) This is suggested, for example, in the work of political Uslaner, E. M. (2012). Segregation and Mistrust: Diversity, Isolation, and Social Cohesion. Cambridge University Press. (5) « Ville et cohésion sociale : Infrastructures et aménités urbaines pour une société durable », projet ANR n° 18-CE-22-0013-01 (6) https://www.anru.fr/le-programme-national-de-renovation-urbaine-pnru (7) This explanation echoes the “broken window theory” introduced by Wilson and Keling in a controversial 1982 article , according to which a rundown urban environment is an external sign of weak social cohesion and a low level of struggle against the incivilities, which can lead to higher levels of delinquency.