For almost twenty years, the Centre national de la recherche scientifique (CNRS) has rewarded those who have made the greatest contributions to spreading the Centre’s influence and to advancing research. Within the research themes of each of the ten institutions, the Silver Medal goes to five researchers for “the originality, quality and importance of their work, recognised nationally and international”. Ekaterina Zhuravskaya, director of studies at the EHESS and a PSE professor, is a 2019 laureate in the Human and Social Sciences (SHS), along with four other researchers.

A distinction awarded by the CNRS

The CNRS is one of the three greatest research institutions in the world – in number of scientific publications, according to the SIR rankings for 2009-2019 (1). Every year, the Centre honours scholars who lead or co-lead teams in the field of human and social sciences. In 2019, the Silver Medal was awarded to Ekaterina Zhuravskaya, director of studies at the École des Hautes Etudes en Sciences Sociales (EHESS) and professor at the Paris School of Economics since 2010. In SHS, four other researchers were also honoured: Nicholas Asher (computer science), Jocelyn Benoist (philosophy), Marie Cornu (law) and Johanna Siméant (political science); in all disciplines together, twenty scholars received awards in 2019: http://www.cnrs.fr/fr/talents/cnrs?medal=39

Ekaterina Zhuravskaya: from Moscow to Paris, an exemplary career path 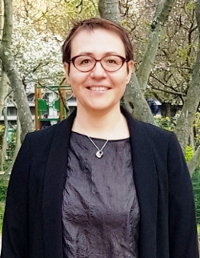 Ekaterina Zhuravskaya completed her first university studies at Moscow State University, then gained two Masters degrees in 1994 and 1997 at the London School of Economics (Master of Science) and Harvard University (Master of Arts) respectively. In 1999, she defended her thesis at Harvard, and spent her first ten years practicing her profession mainly at the Russian European Centre for Economic Research and New Economic School), and partly in the US. In 2010, she came to France with her family and simultaneously joined the EHESS and PSE. At the same time, she became Research Fellow at the CEPR (in 2011). Several prestigious awards have marked her exemplary track record, including the Best Economist prize from the president of the Russian Academy of Sciences (in 2002 and 2003), the Leontief Prize (in 2010), and the Birgit Grodal Award (in 2018).

Wide-ranging work in political economy, prized for its outstanding quality

Professor Zhuravskaya has published dozens of academic articles in the best international journals. In 2019, she was one of the most cited two per cent of authors in the world over the last ten years (2); in France, she is ranked 28th among researchers and first among women researchers. She received a European Research Council Excellence Scholarship for 2015-2020, for her project The Economics of Ethnic Prejudice.

Professor Zhuravskaya conducts empirical research at the intersection of political economy, economic history and development economics. Having been born and raised in the USSR, she says she has “always been fascinated by the ways in which institutions and ideologies influence the choices of individuals and the economic performances of societies”. Her work focusses on transition in Eastern Europe, especially on the political and social effects of the media in democracies, autocracies, and during regime change. She also studies conflicts, and features of them such as propaganda mechanisms, from a political economy perspective. For example, she has analysed the way in which ethnic and religious prejudices engender violence when political uncertainty interacts with economic shocks.