March 1, 2021 - The European Tax Observatory (EUTO), a project for which the European Commission called for proposals at the end of 2020 (1), has been established at the Paris School of Economics, under the direction of Gabriel Zucman (2).

The Observatory’s mission is to conduct and disseminate innovative, high quality research into taxation within the European Union. Created and hosted by PSE, it aims to stimulate exchange among the scientific community, civil society and political decision makers in member States and across the EU region. The Observatory intends to encourage democratic and inclusive debate on the future of taxation in the EU (in particular, company tax). Its goals also include participating in the development of new practical propositions that can meet the fiscal challenges that globalisation poses for each member state and the EU itself, particularly in relation to tax evasion and fraud.

A BROAD AND DIVERSE ECO-SYSTEM

At PSE, the European Tax Observatory will bring together European universities (including the University of Copenhagen), civil society organisations (including the Human Act Foundation), research centres (including the Deutsches Institut für Wirtschaftsforschung of Berlin), as well as individuals of renown, including economists, lawyers and journalists. 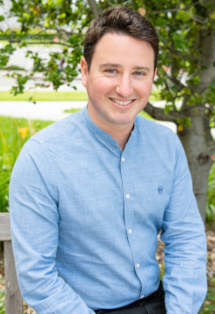 The European Tax Observatory is headed by Gabriel Zucman, Professor in Economics at the University of California, Berkeley, former student of the ENS Paris-Saclay, of the APE Masters (2008) and who defended his thesis at PSE (2013). First Assistant Professor at the LSE, he was recruited by Berkeley in 2015. He is also co-director of the World Inequality Lab (PSE/Berkeley). Gabriel Zucman has published in the best international scientific journals, and is author of three books, including The Hidden Wealth of Nations and The Triumph of Injustice which have had an international impact. He has won the 2018 Best Young Economist award by Le Monde and the Cercle des économistes, the Bernácer prize in 2019, an Excellence Award in Global Economic Affairs by the Kiel Institute for the World Economy in 2017, and a prestigious fellowship at the Sloan Foundation in 2019.

(1) This funding from the European Union is referenced as TAXUD/2020/DE/326 (2) Personal website : https://gabriel-zucman.eu

THE PARIS SCHOOL OF ECONOMICS Created as a Foundation for Scientific Cooperation by the CNRS, the École des Hautes Études en Sciences Sociales, the École normale supérieure, the École des Ponts ParisTech, the INRAE and the Université Paris 1 Panthéon-Sorbonne, the Paris School of Economics brings together a community of nearly 140 researchers and 150 doctoral candidates. PSE conducts research and offers teaching programs in economics at the highest international level, encourages exchange between economics and the other social sciences, contributes to economic policy debates and brings academic research to the general public. It is one of the leading economics departments in Europe and among the top five in the world according to the RePEc rankings. Since its inception, PSE has been renowned for its research into taxation and the evaluation of public policy.