PSE is pleased to welcome Suanna Oh and Nikhil Vellodi as Assistant Professors for a period of 3 years within its scientific community... 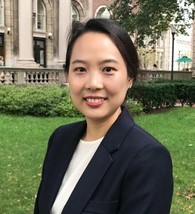 Suanna Oh is a researcher in development economics with a specific interest in cultural factors and behaviors related to the labor market. In 2010, she joined Duke University (USA) to carry out a double Bachelor - BS in Economics and BA in Mathematics. In 2012, she completed a MA in Economics at the University of Toronto (Canada). After working as a research assistant at Northwestern University (USA) for two years, Suanna conducted her doctoral studies at Columbia University (USA) until 2020, including an exchange program with the University of California, Berkeley (USA) in 2018. During her studies, she received numerous scholarships, including the National Science Foundation’s doctoral dissertation grant.

With her arrival, PSE strengthens the Development group, and especially its coverage of behavioral development economics. One of her working papers explores the links between the financial constraints of employees and their productivity (with Supreet Kaur, Sendhil Mullainathan, and Frank Schilbach). Another examines the effects of norms and identities on the labor market using the links between castes and jobs in India. In addition, she is currently studying the effect of gender norms on women’s productivity (with Sneha Subramanian) and workers’ demand for flexible work arrangements in India (with Nandita Krishnaswamy and Yogita Shamdasani). 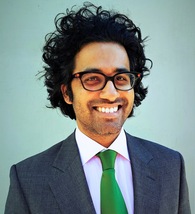 Prior to his arrival at PSE, Nikhil Vellodi was a Post-doctoral fellow at Princeton University (USA), within the William S. Dietrich II Economic Theory Center. His initial schooling took place between England and the United States. In 2004, Nikhil entered the Cambridge University where he completed a BA and then a Masters in Mathematics, specializing in algebraic number theory. He then joined the University of Warwick (2009) to follow an Economics MSc. Later, he worked for 2 years as an economist in the Bank of Papua New Guinea. In 2013, he continued his studies and joined the doctoral program in economics at New York University, defending his thesis in 2019. During his training, Nikhil received numerous awards and scholarships, and held various teaching positions.

With his arrival, PSE consolidates their Theory group, in particular applied theory and industrial organization. Nikhil is particularly interested in the economics of online retail. His recent work has studied how consumer reviews erect barriers to entry for new firms in ratings-guided markets, and the implications for privacy policy of voluntary disclosure by consumers in online search platforms. His current research builds on these themes whilst exploring new issues, such as private-label imitation by vertically-integrated platforms, the design of coarse credit ratings and feedback in social learning settings.