Presented for the first time in January 2011 by T. Atkinson and T. Piketty, built to accompany the publishing of the two books Top Incomes over the XXth Century (2007, Oxford University Press) and Top Incomes : a Global Perspective (2010, Oxford University Press), the World Inequality Database offers the most extensive available database on the historical evolution of the world distribution of income and wealth, both within countries and between countries.In 2013, Thomas Piketty has published the Capital in the XXIst century largely based on datas from the WTID; this book has since then met a tremendous succes all around the world and is now translated in more than 37 languages. The results presented in these books and the website have considerably renewed our knowledge of the long run dynamics of inequality. In particular, they radically question Kuznets’ optimistic hypothesis on the interplay between economic development and the distribution of income.At the end of 2015, a new version of the WID.world has been launched, with more extensive dataset and covering around 30 countries, 40 more being in progress. Since then, it’s been largely extended and updated. 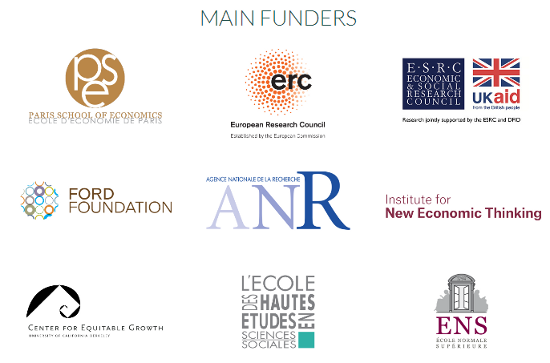