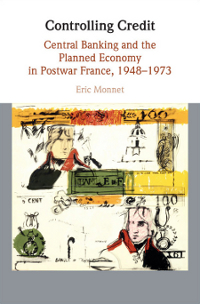 It is common wisdom that central banks in the postwar (1945–1970s) period were passive bureaucracies constrained by fixed-exchange rates and inflationist fiscal policies. This view is mostly retrospective and informed by US and UK experiences. This book tells a different story. Eric Monnet shows that the Banque de France was at the heart of the postwar financial system and economic planning, and contributed to economic growth by both stabilizing inflation and fostering direct lending to priority economic activities. Credit was institutionalized as a social and economic objective. Monetary policy and credit controls were conflated. He then broadens his analysis to other European countries and sheds light on the evolution of central banks and credit policy before the Monetary Union. This new understanding has important ramifications for today, since many emerging markets have central bank policies that are similar to Western Europe’s in the decades of high growth.