(May 28) Lecture by Jordi Gali: “The New Keynesian Perspective on Economic Fluctuations”

The “International Macroeconomics” Banque de France - PSE Chair is glad to invite you to an online lecture given by Jordi Gali (CREI) on May 28, 2021. The lecture will be chaired by Olivier Garnier (Banque de France) and will be followed by a discussion by Frank Smets (ECB) and a Q&A session. 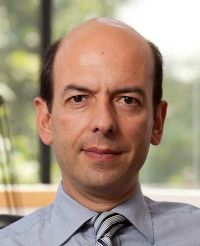 Jordi Galí earned his PhD in Economics at the Massachusetts Institute of Technology (MIT) in 1989. Currently he is a Senior Researcher at the Center for Research in International Economics (CREI), a Professor at Universitat Pompeu Fabra and a Research Professor at the Barcelona GSE. He was the Director of CREI between 2001 and 2017. He has held academic positions at New York University and Columbia University. He has been a Visiting Professor at MIT. He is a Research Fellow at the CEPR, a Research Associate at the NBER, and a Fellow of the Econometric Society. He has served as a co-editor of the Journal of the European Economic Association and co-director of the CEPR International Macroeconomics Programme. In 2012 he served as President of the European Economic Association. Among other awards, Galí has received the National Research Prize from the Government of Catalonia and was co-recipient of the Yrjö Jahnsson Award. He has been a consultant to the ECB, Federal Reserve, Sveriges Riksbank, Norges Bank, Banque de France, and other central banks. His research interests include macroeconomics and monetary theory, and he has published articles on these topics in numerous scientific journals.