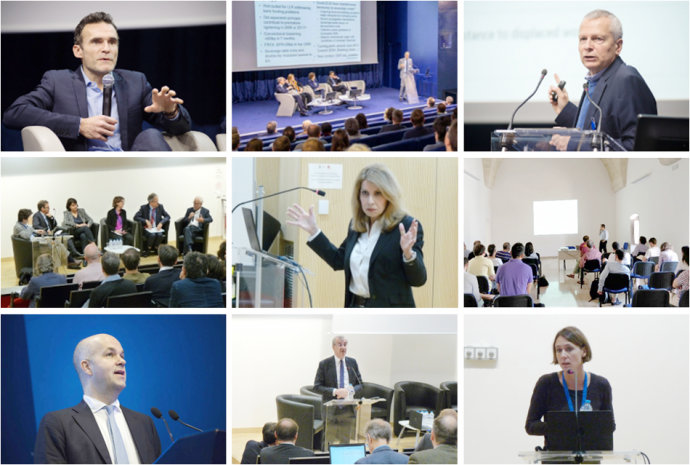 June 8th 2020: Tobias Broer, professor at the PSE – École d’économie de Paris and Research Affiliate at CEPR, has been appointed as director of the Chair as of June 8th 2020. His work focuses on Macroeconomic Theory and International Macroeconomics and has been published in major international and European academic journals. Before joining the chair, he worked at the Bank of England, the Central Bank of Chile, and Stockholm University. PSE is delighted by this appointment.

A Chair dedicated to monetary and international macroeconomics

The “International Macroeconomics” Chair, Banque de France - PSE chair was created in September 2009 and is based at the Paris School of Economics. It is the result of a partnership between the French central bank, member of the Eurosystem, and an international research center in Economics. Sharing the same vision about scientific needs on international issues, these two organisations joint their efforts to build a Chair with the objective of fostering the development of research on the financial & monetary international system, and in international Macroeconomics.This Chair is co-directed by Tobias Broer (PSE/IIES) and Olivier de Bandt (Banque de France).

“The strong partnership developed between the Banque de France and the Paris School of Economics has shown how academic research and the economic policy making can feed off one another.” François Villeroy de Galhau, Banque de France’s governor

About the founding institutions

Banque de France Created in 1800 and member of the Eurosystem since 1999, the Banque de France leads several missions: preparing and applying the euro currency unit and its monetary policy, allowing the free circulation of the euro currency, monitoring the main financial markets, watching out the means and systems of payment, and stabilizing the Eurozone, among others. The Banque de France has also been appointed national missions, such as controlling the financial actors, analysing the financial situation of the private sector and that of the French firms, protecting households, etc.