Home > News > To Be Sustainable, Businesses Must Take Political Responsibility - by M. (...)

To Be Sustainable, Businesses Must Take Political Responsibility - by M. Chiroleu-Assouline, M. A. Delmas and T. P. Lyon

It is time for companies and corporations to be transparent about corporate political activities. Political responsibility must be made a central part of how activists, investors and consumers evaluate corporations. As members of the Alliance for Research on Corporate Sustainability (1), Thomas Lyon, Magali Delmas together with Mireille Chiroleu-Assouline and ten other co-authors describe why this is important in an academic article published in the California Management Review. (2). 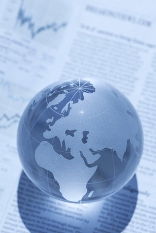 Corporate sustainability, once viewed as irrelevant or even subversive, has gone mainstream. Most large companies now tout their green credentials in annual reports. Most leading business schools have courses in the area, or even offer full-fledged, dual-degree programs that aim to create a sustainable world “through the power of business.”

These steps are welcome but they do not go far enough. Our planetary boundaries have been exceeded and global ecosystems continue to decline. The large-scale systemic changes that are needed will not emerge by continuing to play the game of “Business as Usual.” What is needed is a re-boot of the rules of the game themselves, one that will create a level playing field on which firms are rewarded and not penalized for protecting the planet. To get there will require support from influential business leaders, that is, it will require corporate political responsibility (CPR) to get the rules right, not just play by them.

When it comes to sustainability, CPR means speaking up on behalf of policies that prevent companies from externalizing environmental damages onto the public, rather than simply pursuing short-term profit maximization. In this article, Delmas, Lyon, Chiroleu-Assouline and their co-authors argue that compared with companies’ efforts to green their operations, corporate political actions such as lobbying or campaign funding can have more influence on environmental protection. It goes without saying that the policies companies support must be substantive and not merely symbolic.

THE CASE OF ENVIRONMENTAL RESPONSIBILITYCorporate political responsibility is not unheard of in the political world. Consider the domain of climate change mitigation. When President Trump announced his plan to withdraw from the Paris Climate Agreement, Jeff Immelt, then-CEO of General Electric, tweeted: “Climate change is real. Industry must now lead and not depend on the government.” (3) We Are Still In Movement, a coalition of U.S. business, education and local government leaders committed to upholding the U.S. commitments to the Paris Agreement on Climate Change, provides a vivid example of what CPR looks like. Hundreds of companies have come together with local governments, universities and non-profit groups to offer vocal support for national and international commitments to mitigate climate change.

Unfortunately, there is evidence that some companies use corporate sustainability initiatives as cover for political efforts to block meaningful change. For example, CEOs of large firms like Dow Chemical and Corning Inc. signed an open letter to the Wall Street Journal urging the U.S. to remain in the Paris Agreement, while simultaneously supporting the Industrial Energy Consumers of America (IECA), a lobbying group that was pushing the Administration to withdraw from the agreement. German carmakers have been branding their cars as “clean diesel” while lobbying within Germany and beyond for relaxed vehicle emission standards and cheating on emissions tests. 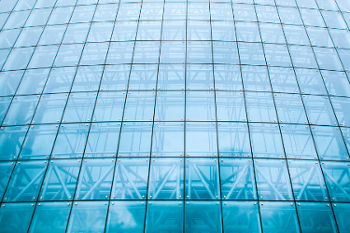 The importance of transparency about corporate political activity is hard to overstate. It is the crucial safeguard to protect society from capture by private interests. Moreover, without transparency, shareholders are cheated because they are kept in the dark about how the funds they put at risk are being used. Currently, however, disclosure of political activities is quite limited. For example, in the U.S., the Lobbying Disclosure Act doesn’t include data on whether a company lobbied for or against a specific regulation. We only know how much was spent on an issue, but not for what ends.

Change is coming, however. Since 2013, the leading CSR ratings firm in Europe, Vigeo Eiris, has evaluated corporate lobbying practices. They note that the overall level of disclosure is “predictably weak.” (4) In the US, Wharton’s CPA/Zicklin Index of Corporate Political Disclosure and Accountability, rated the entire S&P 500 on the transparency of their political spending, and found substantial improvement over time (5). It does not yet cover the critical area of lobbying expenditures, however. Another encouraging development is a joint effort by Transparency France and nine partner companies to craft a guide to reporting lobbying expenditures. This will help to create norms of good practice in transparency around lobbying (6).

Of course, CPR goes far beyond lobbying. There are at least nine distinct channels through which firms exercise political influence (7), including lobbying, but also supporting think tanks, creating front groups, funding Political Action Committees (PACs) and super PACs, financing foundations, working through trade associations, participating in peak organizations, serving on advisory committees to government, and placing executives in administration roles. All of these must become a part of how we understand CPR.

FOOD FOR THOUGHTS BY RESEARCHERS, EXPECTATIONS FROM CITIZENSOnce Civil society leaders and researchers have access to reliable and complete information about corporate political action, they can propose, evaluate and stimulate the creation of new norms and public policies for corporate political responsibility. A major challenge in this regard will be developing evaluative frameworks for assessing the extent to which corporate political action supports policies that will truly lead to more sustainable outcomes. Researchers will continue to play an important role in testing existing sustainability metrics and developing new and improved reporting frameworks. Another important challenge is developing methods for assessing the performance of cross-sector partnerships.

Polls indicate that the majority of citizens of the most powerful country in the world believe their political system is broken, rigged on behalf of the richest one percent of their countrymen. The time has come for business leaders to be judged by how their efforts to set the rules of the game affect society as a whole, not just their own bottom line. Corporate political responsibility is at least as important as what currently passes for corporate social responsibility. It needs to be made a central part of how activists, investors and consumers evaluate corporations.

Magali (Maggie) Delmas is a Professor of Management at the UCLA Anderson School of Management, and the Institute of the Environment & Sustainability. She is the director of the UCLA Center for Corporate Environmental Performance. She conducts research in Strategy and Corporate Sustainability, and has published more than 80 articles, book chapters and case studies on the subject. Her latest book: “The Green Bundle: Pairing the Market with the Planet,” is published at Stanford Press. She was President of the ARCS from 2013 to 2017.

Mireille Chiroleu-Assouline is Professor at the University Paris 1 Panthéon-Sorbonne and at the Paris School of Economics. She is vice-President of the French Association of Environmental and Resource Economists. Her research and expertise are about environmental economics, and more specifically about green taxation and its economics impact, policies on how to curb greenhouse effetcs and corporate and environmental sustainability of firms and the interactions between corporations, NGOs and public leaders as regards the environment.

Thomas P. Lyon holds the Dow Chair of Sustainable Science, Technology and Commerce at the University of Michigan, with appointments in both the Ross School of Business and the School of Environment and Sustainability. He is President of the Alliance for Research on Corporate Sustainability (ARCS), and has served as Director of the Erb Institute for Global Sustainable Enterprise. Professor Lyon is a leader in using economic analysis to understand corporate environmental strategy, especially in the energy industry, and how it is shaped by emerging government regulations, non-governmental organizations, and consumer demands. His book Corporate Environmentalism and Public Policy, published by Cambridge University Press, was the first rigorous economic analysis of this increasingly important topic.