Accueil > Formation > Summer School > The Economics of Gender > Who Are the Professors ?

Who Are the Professors ? 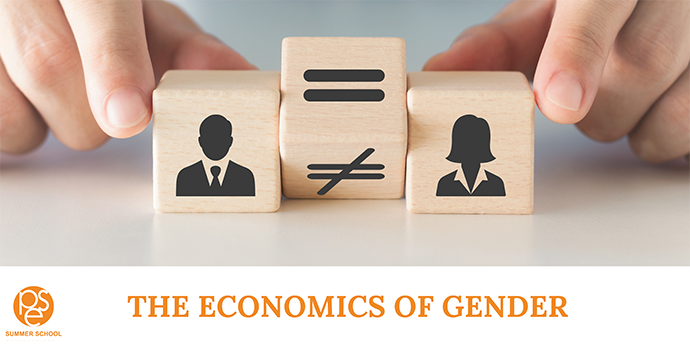 Program Director : Elena Stancanelli is Professor of economics at the Paris School of Economics, and Research Director with France National Research Center (CNRS), specialized in applied household economics, time allocation, gender and conflict economics. She earned her M.A. degree in Economics at the University of Warwick in the UK and her Ph.D in Economics at the European University Institute of Florence, in Italy. She ranks among the top 5% women in economics, according to REPEC (Research Papers in Economics). She is member of the Executive Committee of the Society of the Economics of the Household (SEHO), which counts over 400 members in 34 countries, spanning all continents. She was President-elect and President of SEHO in 2017-2021. She is also IZA research fellow, Associate Editor of the Review of the Economics of the Household, and member of the Advisory Board of the Basque economic journal EKONOMIAZ. She was Associated Editor of the Journal of Family and Economic Issues, 2013-2020. She has published her work in leading economics journals, such as the American Economic Review, Papers and Proceedings, the Journal of Labor Economics, the Journal of Public Economics, the Economic Journal, Labour Economics, the Industrial and labor Relations Review, Economica, etc. Her work has been reported on VoxEU, Slate France, the Washington Post, Le Monde, le Figaro, etc.

Thomas Breda is Professor in economics at the Paris School of Economics and researcher with France National Research Center (CNRS). He is specialized in Labour Economics, with focus on gender inequality, taxation, and trade unions. He is a program director at the Institute of Public Policies (IPP) where he leads research on gender and program evaluation. He has published on top economics journals, including the Proceeding of the National Academy of Sciences (PNAS), Science, the American Economic journal Applied Economics, the Economic Journal, Science Advances, the Industrial and Labor Relations Review. His work has been widely reported by the international media and the French press, Liberation, and Le Monde.

Libertad González is Associate Professor of economics at Universitat Pompeu Fabra and the Barcelona School of Economics. She holds a PhD in Economics from Northwestern University. Her research is in the fields of Labor, Public, and Health Economics. She is currently the holder of an ICREA Academia and an ERC Consolidator grant. She is the president-elect of the European Society of Population Economics (ESPE). Libertad González is also the Guest Editor for the 2023 special conference issue of Labour Economics, publishing selected papers from the annual conference EALE 2022 in Padova. She is also a co-editor at the Journal of Demographic Economics. She has published her work in leading economics journals like the American Economic Journal : Economic Policy, the American Economic Review Papers and Proceedings, the Proceedings of the National Academy of Sciences (PNAS), the Journal of the European Economic Association, the Journal of Public Economics, the Economic Journal, the Journal of Human Resources, the Journal of Health Economics, Labour Economics, the Journal of Economic Behavior and Organization, and so forth. Her work has been widely reported in the media, including the New York Times, the Washington Post, The Wall Street Journal, the Guardian, the Atlantic, and more.

Advisory Editor of Games and Economic Behavior since January 2021.

Board of Editors of American Economic Review since July 2020.

Associate Editor of Journal of the European Economic Association since January 2019.

Claudia Senik is Professor at Sorbonne-University and the Paris School of Economics. She is the Director of the Wellbeing Observatory at CEPREMAP, deputy-Director of CEPREMAP, member of the IZA, member of the Council for Economic Analysis to the French Prime Minister, and member of the Institut Universitaire de France. Educated at the Ecole Normale Supérieure, she received her PhD from EHESS. Her main research area is the economics of happiness, with a special interest in the relationship between income growth, income distribution and subjective wellbeing, as well as wellbeing at work. She also conducts a research stream on the cultural dimension of gender norms and the role of institutions in changing them. Her papers appear in the Review of Economics and Statistics, the Economic Journal, the Journal of Public Economics, the Journal of Economic Behaviour and Organization, the Journal of Economic Psychology, PLOS ONE, Social Science and Medicine, Economics and Human Biology, the Journal of Comparative Economics, etc. Her work is regularly reported by the French and international media.

Contents - The Economics of Gender