Since its creation, PSE’s ambition has been to inform public debate about economic policy using the most rigorous methods at the highest levels of international research.

This ambition was behind the creation of the Institut des politiques publiques (IPP), which aims to promote the analysis and quantitative evaluation of public policies, using cutting-edge economics research methods and micro-simulation tools. Established in 2011 by PSE and developed in partnership with the GENES, the IPP has grown progressively, reaching a budget of 1.2 million euros in 2020.

Two partnerships formed under the umbrella of the University Research School sustain this ambition from the point of view of the analysis of economic policies. 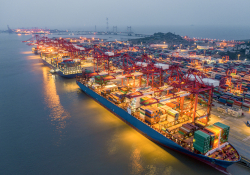 The CEPII-PSE partnership aims to put academic excellence at the service of a better understanding of the major international economic issues, paying particular attention to environmental questions. Founded in 1978, the CEPII is part of the network coordinated by France Strategy, within the Prime Minister’s services and is the leading French center for research and expertise on the world economy.

The Cepremap-PSE partnership is centred on macroeconomic and budgetary policy, in tandem with the IPP at the moment of the annual state Budget. The CEPREMAP was born in 1967 from the merger of two centers, CEPREL and CERMAP, to enlighten French planning through economic research.