How Do You Feel? The Effect of the New Cooperative Medical Scheme in China

Short link to this article : http://bit.ly/1XUBOxt 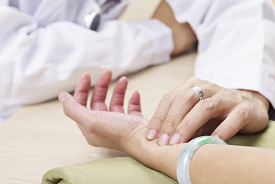 In China, the financing of the public health system is decentralised. Before the 1980s, most of the population was rural and health care was provided virtually free, but was of mediocre quality. Between the beginning of the 1980s and 2003, several factors contributed to an rupture of that system. From a methodological point of view, this specific period presents as a “natural experiment” that allows numerous and rich analyses of the health care system, and of the behaviours and perceptions of its users.

In this article, Carine Milcent and Binzhen Wu study this interruption to the health system in rural areas in order to identify, first, the effect of the introduction of an insurance market on perceptions of health, and second, the effect of being insured on individual self-evaluations of health. With economic reform and de-collectivisation (at the beginning of the 1980s), the system in place until then collapsed because of lack of funding, since the inhabitants of rural areas, dissatisfied by the level of care on offer and no longer obliged to contribute to the collective health care system, left the rural areas without health insurance. At the same time, the government gradually withdrew funding from public hospitals (today, they fund only eight per cent of such expenditures), while leaving them greater management autonomy. This has had several effects, notably an exponential increase in the cost of care – explained in part by the rise in sales of medicine (1), accompanied by a substantial improvement in the level of care offered by hospitals. This inflationary push made access to health care financially impossible for a growing proportion of the population. So, in 2003, the central state reintroduced a public health insurance system on the basis of a two-fold voluntary action: the district chooses to put the policy in place and the households choose to subscribe to it (2). Using a single longitudinal data base, the authors show that the presence of this health insurance market improves individual perceptions of their health and that this effect continues over time, for all people in the region concerned, whether they have chosen to join the programme or not. Milcent and Wu also reveal an improvement in perceived health, linked to membership of a public health insurance scheme. On the other hand, this optimistic effect felt by the newly insured does not, all things being equal, increase over time.

(1) These sales currently represent more than 40 per cent of the turn-over of public health institutions.(2) In 2003, the New Community Medical System was introduced in rural areas of China on the basis of these two conditions.