Self-Reported Health and Gender: the Role of Social Norms 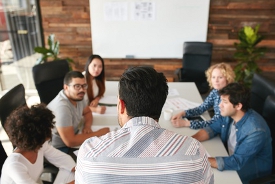 Research into gender and health has long demonstrated a surprising paradox: women systematically report themselves to be in poorer health than men, even though their probability of dying is lower than that of men throughout their lives. One explanation of this gap between mortality and declared health rests on the idea that there are “real” differences in health, such as psychological ones, that have real effects on daily life: women suffer, more often than men, from chronic illnesses that impose severe limitations on their working lives. At the same time, the picture is complicated when we take into account that the men who suffer from some specific illnesses are more likely than women to be hospitalised and to die. In sum, it seems that the symptoms experienced by individuals offer little information about the severity of the pathology that afflicts them. Another explanation – possibly complementary to the first – of the gap between the self-reported health states of men and women rests on gender differences in reporting behaviour: for a given state of health, women report being in poorer health than do men. The question of knowing whether women tend to over-state their health problems – in particular, minor ones – compared with men, and if yes, to what extent, is still widely debated today.

In this article, Ève Caroli and Lexane Weber-Baghdiguian shed new light on the problem in their study of the extent to which gender differences in reporting behaviour about health is determined by social norms. Their analysis focuses in particular on norms in the work environment as a determinant of self-reported health differences. Using European data (1), the authors show first that women self-report as being in poorer health than men regardless of which health variable is considered – with the exception of hearing problems and cardiovascular illnesses. Second, Caroli and Weber-Baghdiguian “capture” the social norms through the gender structure of the workplace; they demonstrate that individuals – men as well as women – working in environments in which women make up the majority of employees declare themselves to be in poorer health than people who work in environments in which the majority of employees are men, all other things being equal. These results are also verified when working conditions are taken into account, which means, notably, that we can exclude the hypothesis that women’s work environments are characterised by systematically more difficult working conditions, leading mechanically to higher rates of self-reported “bad health”. The authors conclude that the social norms associated with an essentially feminine (or, conversely, essentially masculine) work environment play a considerable role, at least in the work place, in explaining the observed differences in reporting behaviours between men and women about their health.

(1) European Enquiry into Working Conditions based on more than 30,000 individuals from 30 countries in 2010