Short link to this article: http://bit.ly/2DOD5k1 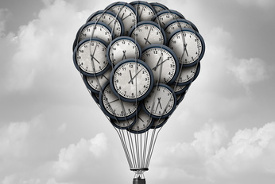 The study of wealth mobility is a complement to the analysis of inequality: the latter gives an idea of income and wealth distribution at a given moment, while the former reveals a society’s capacity for renewal by showing where successive generations of a family are placed on the inheritance ladder. However, few studies have the means to observe this phenomenon over a period long enough to show historical changes.

In this article, Bourdieu, Kesztenbaum, Postel-Vinay and Suwa-Eisenmann study inter-generational wealth mobility. The originality of their work lies in the temporal depth of the data that they have gathered: thanks to genealogical reconstitutions made in the TRA study (a representative sample of one thousandth of the French population) they have been able to measure, for each generation, the wealth at moment of death of around 8,000 fathers and their children who died between 1848 and 1960. Inter-generational wealth mobility changes according to social position. In this sense, it is not a homogeneous phenomenon over the whole distribution of wealth. Thus, mobility is less marked at the two extremes: among those who die without wealth and among the very rich. It occurs as though one could not easily either enter the group of property owners nor leave the high net worth group, while between these two groups there is greater mobility, which contributes to transforming the structures of the fortunes owned, such as that of the society and the economy. Wealth mobility varies over time. In the 19th century, it was relatively limited and tended to decline – with a regular increase in the number of children who possessed no fortune – largely as a result of changes in the structures of production, from agriculture to salaried urban work, which reduced the need for and possibility of owning land. After World War I, this trend tended to be reversed with, in particular, growing mobility among the poorest and, at the other extreme, declining mobility among the richest, whose children have more difficulty maintaining their fortunes. In the inter-war period, and in a way that was more marked after WWII, the growth in salaried workers as well as the spread of systems of social protection (old-age pensions and health care) profoundly changed the modalities of transmission of economic positioning and the constitution of “ordinary” wealth, offering some of the population the possibility of guarding itself against the vagaries of sickness and old age.