Why do French Engineers Find Stable Jobs Faster than PhDs?

Short link to this article: http://bit.ly/2FnDme3 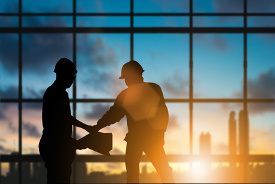 France finds itself in a paradoxical situation regarding the entry of its most qualified students into the labour market. Students with a degree in engineering find their first stable job (with an ongoing contract, or as a public servant) more rapidly than those with a doctorate. Indeed, 12.9% of engineers do not find stable employment within three years of graduating, while the figure for PhDs is 56.1% – including specialist engineers –and 52.9% for other specialists with PhDs. This is not simply a phenomenon of the grandes écoles choosing the best students: those who earned a degree in engineering before beginning their doctoral studies also take more time to find stable work. Why is it that those who, in principle, are the most highly qualified, take so long to find permanent work, compared with those who have studied less, both in terms of time spent studying and the depth of knowledge acquired?

In this article, Margolis and Miotti explore the determinants of the speed of entry into stable employment among those with PhDs and engineers in France. Examining the data relating to PhDs and engineers who left the education system in 2004 and distinguishing between three sorts of PhDs (those who already had an engineering degree, those who did their PhD in the same field as those who already had an engineering degree, and those who did their doctorates in another field), they arrive at four main conclusions. First, those with PhDs are less “open” to job offers in the private sector and begin their careers with a series of temporary posts (such as temporary university teaching or post-doctoral fellowships); (1) however, they eventually sign contracts in the private sector more often than they want to. Second, those with PhDs specialise more often than engineers in fields of relatively low demand, whether in the private or the public sector. Third, they seem to demand higher salaries than engineers for equivalent positions in the private sector, but wage subsidy policies have been able partially to counter this effect. Finally, there are differences in the characteristics of individuals who take up doctoral studies relative to those who finish their studies with an engineering degree. Contrary to received wisdom, schools of engineering do not in fact always select the best students (compared with students who finish PhDs), whether on the level of academic results, observable individual characteristics or other, unseen, characteristics.

(1) These temporary positions are largely in the public sector, but not always. The share of post-docs in the private sector varies depending on the field of study.